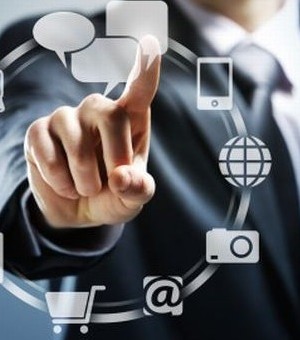 I was recently asked if I thought the Australian tech sector would continue it’s winning streak and what opportunities it held for young Australians.

The question came off the back of a recently released Young Rich List that had technology as the dominant sector with 27 people on the list. Rightfully so, given the tech start-up sector is now worth more than Australia’s big banks.

My answer was a resounding yes and that the possibilities were limitless. Here’s why.

If you look back to the pre-millennial time before 1980’s, there were as many dreams and talents as now. Since then, technology, the Internet and smartphones democratised opportunities and brought them closer to those with the dream to do more, especially the youth.

It enabled people like Lauren Hall, the CEO of iVvy who came from South Africa with her family and barely any money, to set up a successful hospitality technology company and win global awards. It also enabled women like personal trainer Kayla Itsines to rise by using social media to garner a global following for her workouts.

Musician Will.i.am captured this sentiment aptly in a World Economic Forum panel discussion with the CEO of Coca-Cola, co-founder of Airbnb and others with his thoughts on 21st Century dreams for youth. He said that his dream was to teach kids robotics, computer science and other skills so they can be part of the conversation of shaping the world today and aspire to be Steve Jobs, not just Stevie Wonder.

Today, with opportunities more accessible than ever, there is nothing holding back courageous youth and millennials.

It has taken traditional industries, the government, banks and superfunds a bit of time to start backing start-ups. But with Australia’s digital economy expected to grow from 5% to 7% according to Deloitte, the nation is getting on board not just with the ideas boom, but also the reality of funding tech start-ups.

High-risk investment into start-ups wasn’t a ‘thing’ when I became an angel investor five years ago. But to show the possibilities, I had to put my money where my belief was. In my case, it led to me investing over $4 million of my personal wealth into startups and campaigning for others to support the then upcoming industry.

Many early tech entrepreneurs are those who have had to chase their dreams with limited government or institutional funding, or look to the US for support. Around early to mid 2015, companies such as Blue Sky and Blackbird Ventures pumping in over $50 million into the market over a 12-month period. Now, as stated in April in the Sydney Morning Herald Australian venture capital funds were set to triple their fundraising from 2015, with $900 million in new funds announced since August 2015.

While funding is a critical factor, it is also important to give right mentorship that nurtures our tremendous talent for future growth that is scalable and sustainable.

Millennials (and those who think like them) continue to disrupt

Understanding millennials doesn’t just mean knowing that this is a generation that will make decisions on buying high-value art from Pinterest posts, rent luxurious and tech-savvy cars instead of buying them or that 71% prefer going to the dentist than the bank. It is the companies and people who look at these problems or opportunities and turn them into profitable solutions that will survive.

Will.i.am uses his example of co-founding and selling Beats to Apple to engage with the younger generation and show how they can be scientists, engineers and entrepreneurs. He understands that this generation that defies demographics prefer leadership by example than being preached to.

Financial investment has largely targeted the middle-aged generation that is slowly contributing less to the economy and will be surpassed by millennials.

As social influence and conversations increasingly impacts how we connect, network, sell and do business, brands, entrepreneurs and leaders are coming to terms with the fact that an open dialogue and sense of authenticity is more powerful than any billboard.

For investors, this means a continued consideration of new technologies such as Augmented Reality/Virtual Reality (AR/VR) that are shaping new experiences like the tech startups did years ago, enticing big corporates to invest in their nascent innovations. I invested in VR company Humense about a year ago with the belief that as different industries merge, millennials will look for more immersive experiences that take the best of all worlds. One where you could try on new clothes virtually in the privacy of your room or beam your avatar to a loved one far away.

In the future, whoever gets the right and relevant millennial data will map the brain.

The inclusion of the 27 tech entrepreneurs in a rich list is a resounding reminder for us not to underestimate the potential of young people. And to help create opportunities that turn into successful realities for them in future.