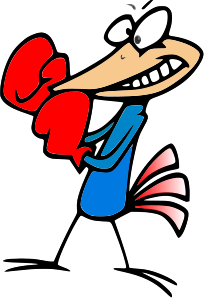 Xero recently held its annual meeting in Wellington, during which the company revealed some interesting details about its future. As has been widely suspected, the company is eyeing a US public offering in 2014 – a further stab at industry stalwart, Intuit.

Xero currently serves more than 334,000 customers worldwide, with some 18,000 in the United States. This user-base is nearly inverse to Intuit’s QuickBooks Online (QBO) users, 90% of which are based in the US.

For some time now, Xero has been hot on the heels of Intuit. VentureBeat reported that Intuit laid off 150 employees in the States just last week, providing future evidence that the US market is now primed for a major disruption of Intuit’s long-held dominion over online accounting.

Born in the clouds

One of the most lauded strengths of Xero is its core cloud-based approach. While Intuit has a deeper product history, its products are often updated by way of acquisitions and piece-meal refreshes. Xero adopts the now familair SaaS format, wherein updates are entirely behind the scenes, and changes are always end-to-end.

The report from the annual meeting explains that, in terms of Xero’s adoption curve, Kiwis make up the 34% early majority of users, Aussies 13 % of early adopters, and the US and UK represent 3% of innovators. This still leaves plenty of room for growth, with Xero just 1/3 of the way to its goal of one million users.

The report also details Xero’s plans to further penetrate the US market, including expanding its US management and marketing teams. Looking at the numbers, with 94% of Xero’s customers outside the States, it seems the company has Intuit surrounded, and a plan in place to break down the door.

It won’t necessarily be easy, though. Intuit has the advantage of widespread adoption stateside, and US corporations are historically slow to adopt new systems on a large scale.

Many have tried (and mostly failed) to disrupt Intuit’s business model in the United States. Intuit, already a publicly-traded company in the States, one famous its “bulletproof balance sheet,” may have a fight on its hands, in more ways than one. As the current bull market in New York leaves ever fewer opportunities for investors and traders to realise big gains, US IPOs are hotter than ever.

If the US Federal Reserve continues to keep interest rates low, the low volatility environment may lessen investor interest in Intuit Inc (INTU: NASDAQ), which is currently priced fleetingly close to its 52-week high. Should the US Federal Reserve raise interest rates, at least a modest market correction is likely. In the midst of either scenario, Xero’s US IPO could generate considerable investor interest.

Already US investors are turning to media-hyped IPOs like GoPro (GPRO: NASDAQ) and El Pollo Loco Holdings, Inc. (LOCO: NASDAQ) in search of near-term gains. With major names like Alibaba and Spotify expected to go IPO in the next few months, US investors’ interest in IPOs is reaching fever pitch. If that trend continues, Intuit investors may be inclined to exit their positions to profit from Xero’s US IPO.

No one can know how the growing tension between Xero and Intuit will play out, but one thing is for certain, it will be fun to watch. Based on the report from Xero’s most recent annual meeting, it certainly looks like the company is poised to give Intuit a run for the money, in the accounting space, and the US stock market as well.

Note: At the time of writing, Todd Spear held no position in any of the companies mentioned in this article. El Pollo Loco Holdings, Inc. (LOCO) was on his short-term trading watch list, however.