This is a bit of an embarrassing question, but am I the only person who feels like a social media outcast after watching the top five viral videos in What Next?

Does anyone else feel a little excluded when they read that a couple of million people have found a 10-minute video of cars doing wheelies and other ‘rev-head’ stuff enthralling, and you haven’t? Am I the only one who finds that, after 10 seconds of viewing some guy kicking a football in slow motion, even my toenails start falling asleep?

Seriously, I’ve often wondered what kind of people pass these sorts of videos around. Then, suddenly the answer hit me — it’s men! And just as suddenly, it struck me that there seems to be a rather interesting gender divide on the internet. Because, while guys are passing round videos of cars, sport and scantily clad females in desperate need of breast reduction surgery, women are sending each other very different types of emails. 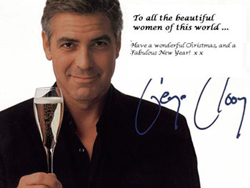 Let me illustrate my point. Who’s ever received that mushy “National Girlfriend’s Day” email? Or that very flattering (but highly suspect) personal Christmas card from George Clooney? Or how about that little pink animated woman who’s walking around the world for breast cancer? For every man who’s wondering what on earth I’m talking about here, I’ll bet there’s a woman who’s received all these emails and others like them, at least once.

OK, I know that’s not a very scientific way to demonstrate the differences between male and female emails, so I did a little research and here’s what I found.

A study from the Pew Internet & American Life Project identified that, while men are more tech savvy and interested in technology, women are actually more likely to use email than men, and value it for enriching their relationships with friends, family and work colleagues.

The Pew study also reveals that more women than men forward emails about news, concerns, advice and plans: in fact, women both send and receive more email overall than men.

So it’s pretty obvious that any marketer — particularly any male marketer — who hopes to engage women on the internet, needs to factor these gender differences into their online communications. But I suspect, being male marketers means they’ll need some good examples to help them get a better understanding of the types of emails women pass around.

Time to tap into the female network to help me compile a collection of ‘female emails’. Send me some examples of the emails you’ve felt motivated to forward on — particularly to other women. Simply forward them on to femails [at] bcm.com.au, and stay tuned — I promise to publish the most popular ones in the future.

Deb Enright is a Senior Writer with BCM Partnership.  She has a keen interest in ensuring the female viewpoint gets fair consideration in social media strategies. This post was originally published on the BCM blog.