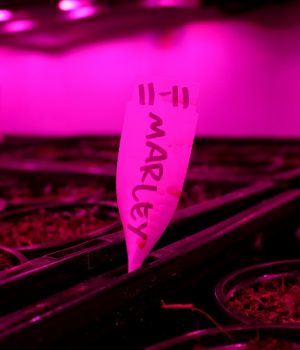 Sprout Stack, Australia’s first commercial vertical farm, is set to be one of 2020’s businesses to watch.

An ambitious agtech startup based on Sydney’s Northern Beaches, Sprout Stack is where technology meets traditional agriculture. It’s working to solve the very real problem of a faltering food system.

Sprout Stack provides fresh produce from a near closed-loop system, using no ‘icides or other nasty chemicals. Each Sprout Stack shipping container can produce the equivalent to about one hectare of traditional farmland, meaning it’s possible to grow large quantities of fresh produce within the city fringe and deliver this to people’s plates within 24 hours from harvest.

Sprout Stack’s proprietary technology has been built from scratch, the farms can be entirely controlled via a phone browser and the vision as the business scales is for the farms to become entirely autonomous.

Anthill caught up with CEO Hugh McGilligan for an interview, as shared below.

Who are the people behind Sprout Stack?

Sprout Stack was founded by Francisco Caffarena and Michael Harder. They recognised that traditional farming (both in Australia and overseas) isn’t keeping up with the demands of modern society and that the vertical farming category was taking off elsewhere in the world, but not here.

Vertical Farming is better for both the consumer and the environment – something that’s particularly poignant in Australia where we might not be short on land, but we are short on water. Australia is a sunburnt country and we need to be especially mindful of how we use its precious water resources.

Michael has background in automation and electronics. He decided to turn to vertical farming because of a life changing run in with a step-down electricity transformer that caused him to re-evaluate how he used his expertise. Francisco came to Sprout Stack with background in agriculture and investing.

What inspired you to start Sprout Stack?

Sprout Stack was started because the case for vertical farming is as strong here as anywhere in the world. Australia has a lot of urban residents who are underserved by the variety, quality and cost of produce they are offered.

Michael and Francisco saw that the vertical farming movement was taking off around the word and couldn’t see anyone in Australia doing a good job of it, so decided to turn their own hands to it.

What problem in the market are you looking to solve?

Something like vertical farming has to be the way a large number of people in the world eat in fairly short order. The whole idea of growing food in the countryside and trucking it across the country to be eaten doesn’t produce good results – the produce is lower in nutrients, less tasty and environmentally damaging.

We can’t increase the amount of food we produce by simply throwing more resources at a strained system. We need to get a lot smarter and more efficient about the way we produce food. Sprout Stack is Australia’s most significant step on that journey.

What does Sprout Stack do?

Sprout Stack grows mixed salads and leafy greens with LEDs and hydroponics systems out of a warehouse on Sydney’s Northern Beaches.

Because our salads contain very different varieties that traditional farmers are unable to grow and harvest together, we produce mixes that are fresher, tastier, more nutritious and more sustainable than anything else available in store.

Because we capture and recycle all the water used in our farms (i.e., a closed loop) we use a fraction (somewhere between 2-5%) of the water of traditional farming for the same quantity of output.

We use about 10-20% of the nutrients of a traditional farm – fertilisers are in themselves massively energy/carbon intensive products.

We’re “zero-till” production – foregoing the c. 3-4tonnes of carbon/hectare that is released when ploughed. We also spare the soil degradation.

No eutrophication – our hydroponic solution is recycled within the farm, so it can’t run off into water courses or pollute streams, rivers or the ocean.

Our near zero food miles not only result in a better (fresher/more nutritious product) but also forgo the massive carbon footprint of transporting produce across the country in cold chain.

Sprout Stack’s technology has been designed, conceived and implemented in-house.

Vertical farming is a new industry. In Australia, we are the only player producing commercially.

What sets us apart from other, traditional, producers, is that our product is grown closer to where it’s eaten. That makes it more delicious and nutritious. It’s also a lot more environmentally sustainable – using a fraction of the water and fertiliser of traditional farming and completely forgoing any agrochemicals – pesticides, herbicides, etc.

What is your vision?

Primarily, we’re focussed on producing a great product. Our salads are unique, they are fresher than other produce, more delicious and combine varieties that traditional farmers would not be able to replicate. We strive for flavour, freshness and sustainability above all.

On average, our produce is in store within 16 hours of harvest. Our immediate goal is to grow to a size within our current premises such that we’re able to service all of metro-Sydney. Thereafter, we’re looking to move interstate and potentially internationally.

How is the company doing so far?

Since this time last year, Sprout Stack has nearly trebled sales to about 300kg per week.

We’ve relocated to a new premises that will accommodate our plans to scale and automate our production.

As part of our membership with the Future Food Systems CRC, we’ve partnered with the University of New South Wales, to assist our efforts to expand and automate.

We’ve also partnered with the University of Sydney to create an Australian bush tucker.

Sprout Stack has had the support of a patient and passionate investor that has been on board since the inception of the business. The business is at the beginning of a capital raise now, as it looks to fund the expansion and automation of its existing facilities.

How have you grown your company to what it is today?

With a lot of blood sweat and tears. Most importantly it’s been a matter of hiring the right people and stepping back to let them do what they do best. For all of us it’s absolutely a labour of love.

It’s also been a case of deliberately and consciously acting as a valuable member of the community – we work hard to be good neighbours and want to make a positive contribution to our local community. That means dedicating a portion of our harvest to local retail partners.

We also hire employees and contractors from the local community wherever possible and have partnered with Nova Employment to provide employment to those from disadvantaged communities.

Sprout Stack is in the vanguard of the category, meaning that there’s no roadmap or blueprint for us to follow. We’ve had to cut our own path and have had to follow our instinct a lot of the time. 90% of the time experience and instinct gives us the right answer, but that 10% failure rate is costly, frustrating and exhausting!