Why this Australian author intends to give millions to his readers
Friday, September 24, 2021 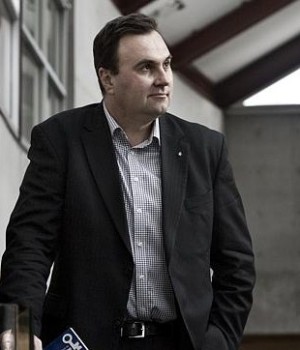 As a self-employed person, I spend a lot amount of time in cafes. I prefer working in cafes since I’m surrounded by noise and activity. For some crazy reason, I’m at my most creative when I’m in a crowd.

Over the past five years, in my role as a consultant to professional services firms, I wrote six business books – two being self-published and four being published commercially by Thomson Reuters.

However, in spite of the years of hard work, research and promotion, my books only managed to sell in the hundreds.

My income from book sales was negligible.

Like most business authors, my real income came from consulting, training and speaking.

Although my authoring had created a body of work which I could leverage to build my business, I often couldn’t help but wonder how the likes of John Grisham and Nora Roberts felt when they wrote a book and it sold millions!

Then the light bulb came on

Back in February this year when working in a café an idea came to mind – an idea that could potentially sell books – a whole lot of books.

The idea was to give people who buy and read the book a game to play that would reward them.  Books have been around since the invention of the printing.

It struck me as odd that for the last few centuries, the process of fiction book buying and reading hasn’t changed all that much.

I thought to myself, “Wouldn’t it be cool if there was something to do after you are done reading the book?”

Putting it all together

So over the next four months I wrote a thriller called Maze of Keys – my first foray into the world of fiction – and embedded a series of clues into the text. These clues are then used to solve an online puzzle. There is one cash prize for the person who wins.

So far so good. But like any good thriller, I needed a twist.

Why not increase the prize money as we sell more books? This would make it compelling.

On top of that, let’s also donate to charity.

The game was born.

In order to make it work, I needed to have my own way to sell the book.

Although companies like Amazon and Apple are much more generous than traditional publishers/booksellers, they still take a big cut (30 per cent and up).

That wouldn’t work. I’d rather the money went into a bigger prize and donation to charity.

I needed to surround myself with the best advisers/people to make this idea happen.

I found a great group of eight businesses/people.

However, I couldn’t afford to pay them upfront.

So I came to an agreement that they too would be paid as book sales went up.

Dealing with the doubts

When I came up with this concept, I actually questioned whether it was even legal.

After extensive discussions with my legal team, advisory board and even a competition consultant, my idea has been verified and authorised. Global accounting firm Ernst & Young will also be the official independent auditors of the entire process.

The minimum guaranteed prize value is US $10,000, regardless of how many books are sold.

However, there’s no maximum prize value – the more books sold, the higher the cash prize.

Everyone keeps asking me, “What’s the catch?” and “Where’s this money coming from?”

What people don’t realise is that traditional publishers have been making this kind of serious money for years. All we’re doing is sharing that fortune with our readers.

I love the idea that readers of my book can potentially share in its profit.

I will also share a sizable chunk of the profits with three supporting charities, all of which are close to my heart. Australian charity Hands Across the Water, Crossroads Foundation in Hong Kong and World Vision will all benefit from the competition’s success.

Only time will tell if my idea actually works!

Written in the classic thriller genre, Maze of Keys is about Sebastian Keys, a high-flying New York executive who is caught in the middle of a vendetta between his biggest client and a mad rich woman bent on getting her way – whatever the cost.

Sebastian has to find a way to not only save his family but himself from almost certain death.

James Evangelidis is a respected business author and in 2013, he was announced as Australia’s most connected person on LinkedIn in Australia with over 30 million connections. He has come up with a ground-breaking concept to launch his first thriller this September – an eBook entitled Maze of Keys. The Maze of Keys competition launches on 17th September, 2014 and ends on 31st October, 2014. The prize winner will be announced on Wednesday, 19th November, 2014.