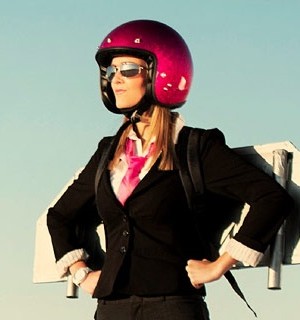 With International Women’s Day right on our doorstep Anthill managed to get exclusive commentary from some of Australia’s leading tech and innovation women on why it’s important that Australia increase the number of female founders… and how this can be achieved.

“We live on the internet and it touches every element of our daily lives. But only 12 per cent of women build it. If the internet is built by men, we only extend the lack of voice women have in the world. We also need an Australian internet – we need more internet companies that reflect our culture on a global scale. We can solve these problems by encouraging women to start businesses and build the internet together. At Girl Geek Academy, we support this with our #SheHacks initiative.”

Fleur Brown is a creative entrepreneur, writer and a champion of emerging business brands and talent. A founder of both Launch Group and leading ideas festival TEDxSydney, Fleur has spent the past two decades working within and representing some of the world’s most innovative media and entertainment brands.

“We need more founders full stop. And if more women stepped forward, that would increase our overall startup and new business pipeline and that’s great for the Australian economy.  We also need more women in positions of power and influence, and running a company is a great way to leapfrog all the delays in progressing through the corporate hierarchy.”

“It’s so important that Australia increases the number of women founding and working in startups. Traditionally, women are exceptional multi taskers, strategic thinkers and good at just getting things done domestically and professionally – all fundamental traits of successful founders. Women at times are not good at self-promotion and we need to promote them more. Stories also need to be told about the journey on how they have come to be, to demonstrate to other women that irrespective of your circumstances, being a founder is about having the confidence to take a risk.”

Tricia Brennan and Tania King are co-founders of Studio GoGo and GoGo for Glasses, a new online retail startup. Tricia is an internationally acclaimed author, intuitive counsel and professional coach, having published four books on personal-growth. Tania has spent two-decades in the field of importing and wholesaling designer gifts and accessories. Together, Tricia and Tania are advocates for women of all ages striving to get into the startup space.

“It is important that Australia increases the number of women founders as it sets an example for females of all ages that they have the power and authority to establish enterprises that give rise to their dreams. This can be achieved by women taking an active stand for equality and freedom and being fully self-expressed.”