A deep dive into Deep Tech: what you need to know about this growing type of investment -
Tuesday, August 3, 2021

When one thinks about venture capital investment, one often thinks about agile development teams building mobile applications or consumer platforms that grow to global reach in a matter of months. But this narrative masks a totally different type of investment that is growing in importance within the venture capital community: Deep Tech.

Simply put, Deep Tech is really difficult, high-impact R&D performed in a commercial setting. It generally involves building new kinds of technologies to provide a commercially relevant product or service, instead of focusing on using existing solutions in a new way. Deep Tech also frequently seeks to tackle major challenges that may require many years of investment, often on the back of a decade or more of fundamental scientific research.

For example, the company I run, Q-CTRL, is the trusted provider of quantum control solutions across all applications of quantum technology. Quantum technology seeks to harness the physics of very small things – quantum physics – as a resource, and it promises to be as transformational in the 21st century as harnessing electricity was in the 19th.

We build solutions powered by the discipline of quantum control engineering that empower quantum hardware manufacturers to get the most out of their devices. We’re an enabler providing a critical part of the software stack to build useful quantum computers and quantum sensors.

Q-CTRL is based on technology developed through more than ten years of public-sector research activity that I have led most recently as a professor at the University of Sydney. The scientific knowledge we produced is now ready for an emerging commercial quantum industry.

The work we do – which is characteristic of much of Deep Tech – is exciting and meaningful in a way that’s unmatched in many other sectors.

Deep Tech is different because it doesn’t rely exclusively on the clever application of existing capability to an identified market gap or opportunity. Instead it fundamentally builds and leverages the latest advances in human technological capability to do totally new things.

This has huge implications for investors. Imagine trying to pitch, for example, building mobile apps just after the first microwave monolithic integrated circuits were built – a time when the mobile phones these chips power were still years away from existing.

Conventional investors would hear those words, understand none of them, and then laugh you out of the room when you say it will take years of R&D building new hardware and software to see commercial returns.

Others, however, might explore the technical space and engage deeply with the founding team. Through their exploration they might see the potential in leveraging recent fundamental research advances in new integrated circuits to build a totally new type of compact, powerful communications device. A device that, when powered by the right software, could literally change the world.

Those are Deep Tech investors.

Deep Tech investors share a desire to build new, world-changing technologies and to support the companies that do so. These investors see power in embracing high-risk, sometimes capital intensive, longer-term projects that bring the promise not only of outsized financial rewards, but also transformative technological capabilities that build entire new industries.

Key to this is their ability to see opportunity in teams pushing the state of the art in a highly technical area. They embrace the challenge of understanding this new technology in order to support the companies who want to push scientific advances to massive scale. And they understand that capital returns may be deferred for years or even beyond a decade.

These are the kinds of investors we need to help solve some of our most challenging problems.

How can we get better at investing in Deep Tech?

At Q-CTRL, we’re thrilled to be supported by world-class investors including Sequoia Capital, Data Collective, Horizons Ventures, and Main Sequence Ventures. But while Q-CTRL has attracted investors comfortable with Deep Tech, this is not necessarily the norm across the industry.

The successes of tech entrepreneurs building billion-dollar companies with little more than a laptop and an idea have implicitly coloured the tech sector’s narrative against hard research-driven technical challenges. Changing that starts with understanding.

Deep Tech requires deep pockets, a willingness to do a deep dive in a complex technical area, and a deep commitment to weather many years of investment before returns accrue. But it also often requires engagement between VCs and a part of the technology community that’s usually quite disconnected – academics and research scientists.

The first barrier to overcome is cultural. Many academics are highly committed to their professions, prioritising service over financial rewards, and frequently have negative views of the tech sector.

I don’t mean that the pursuit of opportunity comes at the expense of truth, or in a way that discards critical due diligence.  It does however require avoiding the trap of getting so bogged down in the various ways that things can go wrong that one talks oneself out of an opportunity.

Academics aren’t the only ones with work to do, however. VCs who want to engage more fruitfully with this community of potential Deep Tech founders need to understand that their motivations may be quite different from the average founder.

One approach is to show how the things academics often value – like independence and an ability to have an impact – can be preserved or amplified in a startup. But, more importantly, VCs need to keep in mind that academics are acutely sensitive to bullshit. Calling BS is more or less their job as professional truth seekers. Understanding this can help VCs “pitch” the startup path in a different way and drive more meaningful engagement.

Finally, changes to government and university policies are needed. Globally, contemporary government emphasis on research translation has become counterproductive because it incentivises universities to both try to lock up IP and bypass potential academic founders in Deep Tech.

IP licensing from universities can be challenging and can often occur on timescales that are far longer than the viable window for a Deep Tech startup to move. I personally believe that government policy should incentivise universities to allow internal staff to freely commercialise IP they’ve worked on, rather than trying to turn this IP into a revenue source.

In addition, researchers who discover or build something totally new are key to the success of moving from science to Deep Tech startup. VCs know this – they focus on teams all the time. Commercialisation offices, however, tend to prioritise the technology first, often completely ignoring the inventors when engaging externally. This is not surprising because most academics have little incentive to help in this process, especially if the university is simultaneously aiming to develop a licensing deal.

In my view, any attempt from a university to engage directly with a VC in order to facilitate technology transfer without the researcher’s engagement is doomed to fail. Here again, we need new policies, this time incentivising researchers to move between academia and the Deep Tech startup world without penalty.

Looking to the future

As a community we abandon consumer products almost as quickly as they’re introduced. But the underlying technology – even if it isn’t well recognised – stays with us. Think of the specialty chips powering mobile phones, optical networking equipment underpinning the internet, or the advanced control engineering techniques that fundamentally enable advanced robotics.

Following public sector investment in all of these technologies, there has been a growth of Deep Tech companies that are taking fundamental research to scale, and changing the world in the process.

Deep Tech reshapes the face of technology. We need more of it.

Professor Michael J. Biercuk is the CEO and Founder of Q-CTRL. He is also the Director of the University of Sydney’s Quantum Control Lab and Chief Investigator in the Australian Research Council Centre of Excellence for Engineered Quantum Systems. An award-winning experimental quantum physicist, Michael speaks with clarity and authority about science and technology, and is adept at making physics accessible for a lay audience, such as with his TEDxSydney performance in 2016 and articles in publications such as ABC Science, The Conversation and the Australian Financial Review. Michael enjoys working at the intersection of science, technology, watchmaking and fashion, and can make difficult concepts entertaining, from what electricity is to how computers work. Michael is one of the world’s leading experts in the new emerging field of quantum technology; the work he is doing promises to be as transformational in the 21st century as harnessing electricity was in the 19th. He also has an active creative collaboration with luxury watchmaker A. Lange & Sohne, focused on the links between high horology and quantum physics. 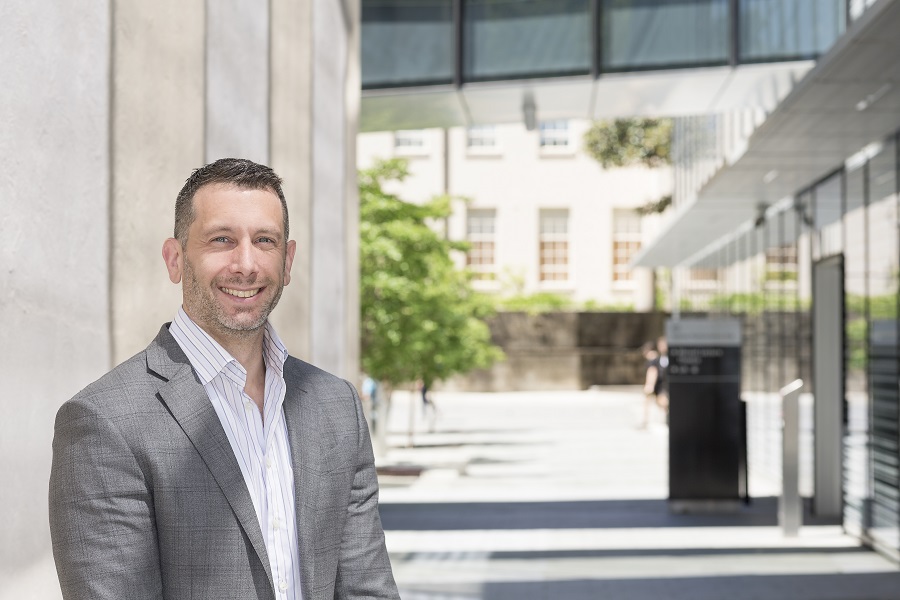