Fintech Innovators, a collaboration between fintech investment firm, H2 Ventures and KPMG Fintech, recently announced that eight Australian companies had made it to the list of the world’s leading fintech innovators, the 2016 Fintech 100.

The annual list includes three Australian companies, Prospa, Tyro and Society One, among the leading 50 Established fintech companies across the globe, as well as five entrants in the most intriguing 50 ‘Emerging Stars’ – exciting new fintechs with bold, disruptive and potentially game-changing ideas.

How is fintech doing all over the world?

From a geographic standpoint, the continued rise of Chinese fintech is indisputable, with Hangzhou-based Ant Financial taking the top spot in the 50 Established Innovators list, and Qudian, Lufax and Zhong An also in the top five. Oscar, at number three, is both the highest ranked insurtech and the highest ranked US-based company.

The level of funding has continued to rise for the Fintech 100, with the 50 Established companies attracting an additional US$14.6 billion of capital since last year’s report, just 12 months ago, an increase of more than 40 percent from 2015.

Toby Heap, H2 Ventures, commented: “The 2016 Fintech 100 demonstrates the acceleration of the disruption taking place in the global financial services industry, with more capital than ever being invested around the world in startups and established ventures that are creating new financial products and solutions.”

“The continued dominance of China, which rapidly rose last year to take the top spot, tells only part of the story. We are seeing the emergence of exciting fintech players in countries across the world, from India to Israel, from Portugal to the Philippines.

Ian Pollari, Global co-lead of KPMG’s Fintech practice added: “One of the striking features of the year’s list is the growing success of fintech disruptors, with more than 90 per cent of the top 50 ventures challenging incumbents or traditional business models.”

“The Fintech 100 companies are increasingly attracting a greater share of capital as well, raising more than 65 percent of total global fintech investment over the past year.”

“The report also highlights a growing and increasingly diverse fintech sector, with the creation of value in new sub-sectors such as regtech and data & analytics, and the continued growth in insurtech and blockchain,” he said.

Highlights from the Fintech 100 report

China now tops the global rankings – within three years, China’s fintech ventures have gone from only one company included in the top Established 50 rankings in 2014, to China featuring four of the top five companies and eight of the top 50 this year

Mega funding rounds – the size of deals/funding rounds above US$1 billion have continued to rise, including Ant Financial, Lufax and JD Finance

The aggregate level of capital raise continues to rise – with the Established 50 reaching a total of US$14.6 billion of capital raised since last year’s report (12 months ago), an increase of more than 40 percent from 2015.

The Top 50 Emerging Stars list for 2016 includes companies from 23 countries, with fintechs included from countries such as Chile, the Philippines, and Mexico for the first time.

The Fintech 100 were selected following extensive global research and analysis based on data relating to five factors: 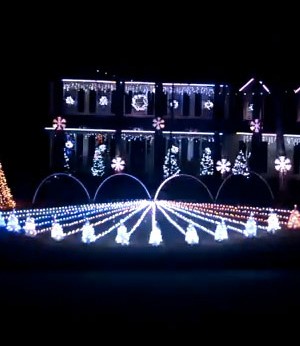