Recently, Tony Simmons addressed the failure of the Powers That Be to achieve a genuine competition policy in the field of Australian telecommunications. And like many other commentators, he has noted that an NBN is a golden opportunity to foster innovation and create wealth for Australia’s future. So what would an ideal model for competition and innovation look like? He proposes his solution in this follow-up essay.

If the controlling body of the NBN displays monopolistic tendencies in pricing and management (which it may have to do given the proposed level of investment), then what benefits will we really be creating?

As we have seen with toll roads in Australia, you can create forward-thinking infrastructure projects but if you manage them poorly, price them wrongly or force people onto them, you create waste, inefficiency and great big “white elephants”.

Accordingly, the NBN, however created, needs an effective framework of competition policy to ensure real benefits and foster real innovation.

How to ensure competition

In a capitalist society there are always going to be economic failures.

In telecommunications, the rural and regional areas create the economic challenge. Without Government intervention, private business will eschew regional areas, as they do not create substantial returns. But, regional areas aside the forces of competition will also have an impact on pricing, technology and innovation.

Since deregulation we have witnessed elements of technological competition. We have had competitive networks rolled out by the likes of PowerTel, Optus and others. However, the “last mile” of Telstra copper has always been required to deliver a service and this has directly impacted technological investment and pricing.

Now, we do not advocate the compulsory acquisition and re-distribution of private assets. The arguments are very complex, especially when shareholders are involved. However, we are taking heed of the lessons.

If the NBN becomes a central network that sets price, and protects its network access, pricing structure and shareholders, we risk creating another monopoly player.

And what of innovation?

If telecommunications continues to head down the path of commoditisation, then the core-purchasing driver for telecommunications will be price. If all parties buy the same service or product at the same price, and can therefore price the same, then innovation and customer value add will become the way the carriers win business and distinguish themselves in the market place.

It is a good starting point.

However, if a large Telco can cross-subsidise its pricing, or roll out loss leaders, it can create levels of pricing that will price competitors out of the market irrespective of levels of innovation. If our experience is anything to go by, the larger carrier then acquires the value adds of the smaller business in any event.

So the arguments become that the NBN is necessary, but without a competitive framework we will not see pricing improvements and innovation.

If competition policy is forthcoming and is truly competitive, only some aspects of the NBN may be required as free market forces will take care of investment, innovation and pricing.

A potential, if not radical, solution: Shareholders

Perhaps this is a simplistic way to look at things, but let’s see if we can create a competitive framework.

The NBN should have shareholders.

The shareholders should be the companies that buy wholesale services from the NBN. The value of the shareholding will be proportionate to the number of customers that that shareholder services.

Different services will have a different weighting for shareholders.

Now, you can rubbish this suggestion all you want. We know that a framework like this has many flaws. (What if a shareholder can become so large that it has 95% of the customer base?) Having said that, if that is what market forces dictate is that such a bad thing?

There are lots of questions important questions for the NBN, but what we already know is this: Australia has excellent broadband infrastructure and the current applications we use over the Internet do not (in general) necessitate speeds of 100mb/s.

However, they will in the future.

A National Broadband Network, however branded, is essential to secure Australia’s future economic prosperity. Infrastructure is at the heart of national prosperity and will place us on the curve for technological innovation.

The NBN will enable high-speed broadband for the vast majority of Australia. The speed is crucial, as it will facilitate large bandwidth applications and these have the potential to deliver significant value. Most of these applications have not even been conceived, but imagine the benefits for industries such as health and education.

The NBN may also contribute to a reduction in carbon emissions.

A business could reduce its emissions by reducing employee travel and substituting it with real time 3-D teleconferencing. Actually, imagine the tax dollars saved if all levels of Government could utilise such applications. The future does indeed look bright.

The deployment of NBN infrastructure will be one facilitator of great technological advancement. However, the controlling body of this infrastructure combined with competitive market forces will be the real driver of value added solutions and innovations that create wealth.

The way our existing and future infrastructure will be put to use, and the flow on benefit to Australia and Australians, will be intrinsically linked to the competitive framework that we create, and the teeth on the Tiger that will have to manage it.

Tony Simmons has worked as an IT & Telecommunications lawyer for Minter Ellison, British Telecom (London) and Telstra. He is the founder and managing director of The Full Circle Group, a communications software company. 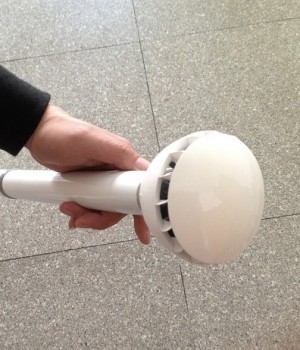