This start-up has launched a world first ‘Netflix for news’ service with over a dozen top global newspapers -
Monday, September 21, 2020 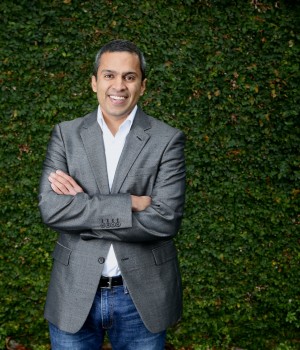 The Android version is coming soon.

Described as the ‘Netflix for news’, inkl has partnered with some of the world’s most influential publishers, including The Sydney Morning Herald, The Guardian and The Washington Post, to deliver the very best news, views and opinions straight to users’ smartphones, in one app.

How exactly does inkl work?

Like Spotify and other new media subscription platforms, inkl operates a simple ‘freemium’ model to deliver a curated selection of the world’s news.

The app is free to download and provides three options:

And rather than cannibalising their existing revenue streams, inkl offers publishers significantly more revenue per article read than current advertising rates, through a unique licensing partnership.

What is the story behind inkl?

Founder and CEO Gautam Mishra (pictured) disclosed to Anthill that the idea for his unique start-up was based on his work at Fairfax Media where he was Director of Strategy before leaving to start inkl at the end of 2013.

“After launching the paywalls I was trying to work out what we could do next to drive new subscriptions, and I started looking at music and TV. I realised that the aggregated payment model had been immensely successful there and that got me going on building the same thing for news.”

“inkl is based on the insight that people read more international news content than ever before, and value quality journalism, but have found that the experience of engaging actively with multiple sites or navigating multiple paywalls to be irritating and difficult.

“In response, we have created a celebration of high quality journalism in a ‘skinny bundle’ format. This allows us to offer readers agenda-setting journalism, analysis and interviews delivered throughout the day to their smartphones.

“The goal is for inkl to provide the best international news perspective on the planet – and in doing so, create a sustainable revenue stream for the news publishers who invest in the resources necessary to continue creating outstanding journalism.”

More titles to be added are currently in the works.

Among inkl’s backers is North Base Media, a specialised investment firm co-founded by media investor and former editor of The Washington Post and The Wall Street Journal, Marcus Brauchli. He was the lead investor in last year’s $250,000 capital raise.

“The insights are clear,” he said. “Not only do readers want insightful and authoritative journalism, but they’re more willing to pay for it when it comes to them in a smart, intuitive way. inkl has pioneered a digital business model that recognises evolved media consumption habits without compromising quality.”

“Its ambition to be the global ‘Netflix of News’ is the kind of positive disruption the world’s big news publishers are looking for,” Brachli added.