How Australian Credit and Finance has raised $6 million in funding
Monday, April 12, 2021 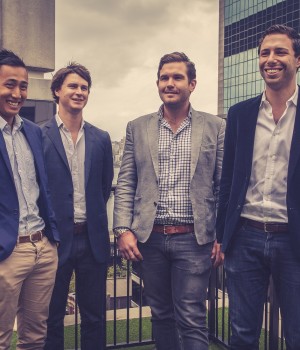 Fresh off its recent successful $6 million capital-raising, Australian Credit and Finance (ACF) is one of the fastest growing players in Australia’s $1.3 trillion mortgage lending industry.

Less than two years old in the game, the Sydney-based start-up has submitted nearly $1 billion in loans to its panel lenders and expects to originate over $3 billion in loans by the end of 2015.

You see, despite its size, the lending market has traditionally been sleepy, giving ACF a great opportunity to do things differently as Australia’s only dedicated online refinance player.

ACF has found its competitive edge in combining advanced online lead generation and qualification strategies that have worked very successfully in other industries.

Who are the brains behind ACF?

They are joined by a strong leadership team with a proven track record in developing and driving online and direct sales businesses across multiple sectors.

Executive director Mark Kalajzich has worked closely with David and Sebastian for many years in the consumer acquisition space, with all three holding leadership positions at one of Australia’s largest outsourced service and sales providers.

ACF also boasts a high calibre of backers, with both Colin Fabig and  James Gilbert (founders of JumpOnIt, which was acquired by LivingSocial) and Matt Tripp and Tom Carroll (founders of SportsBet and BetEasy) on board as investors.

For some reason, this reminds me of the Expendables…

What is ACF’s business model?

ACF is turning new-to-the-industry brokers into top-level brokers (settling $3 million worth of loans in a month – that’s four times the industry average!) in only 3 to 4 months.

David Hyman spoke to Anthill in detail about the business model that is behind such incredible results and growth, as well as the start-up plans for the $6 million it has raised.

“Let me give you a bit of a background first on what the broking side of the financial services space looks like,” he started. “It has the perception of being a large and crowded market.”

“You have Aussie Home Loans, Mortgage Choice, Yellow Brick Road, and a bunch of others – all with a lot of financial backing and large distribution footprints.”

“But when you peel back all the layers, you’ll find that they’re all extremely fragmented businesses that don’t have a centralised operation,” he added.

“The challenge for these brokers is having to find their customers and then effectively fulfil that order for the customer to get the loan settled.”

ACF identified those two pain points and built their business model around them.

“We focus on giving brokers qualified customers every month (a task that typically takes up 40 per cent of a broker’s time), and once they’ve provided the credit advice and taken the application from the customer, we handle all of the back office pieces and make sure the customer has a great experience and gets the loan settled quickly,” David explained.

Tweaking it up to turbo mode

This model has been in place from day one, but it has evolved over time.

When ACF first started out, they focused on the new-to-industry segment i.e. brokers who haven’t been brokers before. They helped train them and got them up to speed with the industry.

Now this worked out very well for the start-up but they soon realised that it was a much slower way to grow than bringing in existing brokers.

So after six months, in addition to the newbie brokers, ACF started rapidly recruiting brokers in the traditional sense of the word, i.e. brokers that were self-employed but were willing to operate under their structure on an exclusive basis.

This spurred the business to grow very, very quickly; from January 2014 to June 2014, ACF went from having a footprint only in Sydney to having close to 40 brokers in every major capital city around Australia, as well as a lot of the regional markets. In just six months…

Getting the investors on board

As they got more brokers on board, the volume of loans went up too, along with everything else around that. The start-up was able to accelerate its marketing efforts and lead generation, grow its pre-sales team as well as its back-office processes.

“The challenge that we had to overcome with our investors was proving that our marketing process and broker distribution was scalable,” David revealed. “We were able to show that we’d grown our broker distribution and had been able to front-run that with market growth.”

“This ties in with some of the other models we’ve worked with in the past,” he added.

“At LivingSocial, for example, we recruited more than 200 sales people in a 12-month period, and that was by having a really strong proposition and knowing how to target those individuals to bring them into the business.”

About the future, David said, “We’ve got a very exciting year ahead of us in terms of growth.”

“We’ve just moved to a bigger office in the heart of the Sydney CBD, and we’re expecting to double our team to 180 staff by mid-year. The number of consumers we’re interacting with is also growing to more than 100,000 a month,” he disclosed.

Lastly, David revealed that ACF is launching its own mortgage brand, Click Loans in 2015. “I believe it’s really going to be a game changer and will be the first of its kind to launch in Australia.” 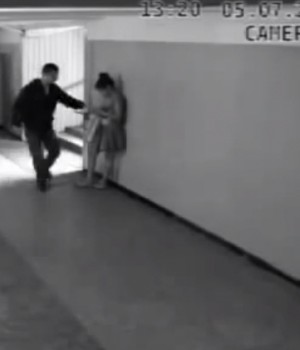