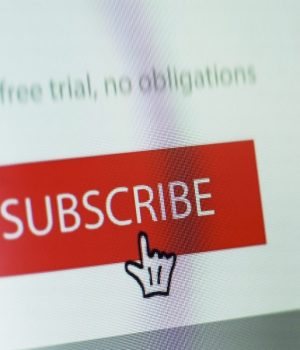 Reports of the death of subscriptions are, to bastardise a classic Mark Twain line, greatly exaggerated. That however, hasn’t stopped the ‘rumour’ doing the rounds – and the most commonly declared ‘killer’ is usage-based pricing.

I would suggest that far from being dead, subscriptions – the entire Subscription Economy in fact – have never been in a stronger position.

And far from being a threat to subscriptions, usage-based pricing is one the chief reasons that subscriptions are riding so high.

Subscriptions and usage-based pricing aren’t competitors. In fact, I don’t see them as comparable. Subscriptions come in all sizes, which has always been their great advantage.

Usage-based price is still a favorite

While it’s true that Netflix and Spotify have made fixed-price or “all-you-can-eat” subscriptions perhaps the best-known variant, many other versions exist (and are being developed as I write this). Usage-based pricing is just another of them.

An example, let’s move away from the undisputed heavyweight of recurring revenue models and look at some successful companies not quite as known for their subscriptions.

You can choose from up to 3 watches over a 12-month period for a one-time fee in addition to a monthly rate. You send back one watch before trying another and, after two months you have an opportunity to purchase one of the watches at a special rate.

Like any subscription variant it has its pros and cons. It’s extremely simple to understand, for a start. It also makes budgeting straightforward, for both the watch-wearer and for Breitling. But, there’s no price differentiation, which means Breitling may not be making optimal use of customers’ willingness to pay, and leaving money on the table.

Usage-based subscription fair on all parties

And, it’s not ‘fair’ in terms of usage – a person who wears a watch to a dinner party and then forgets about it pays the same as someone who wears their watches every day.

For the consumer who worries about value for use, pay-per-use pricing is enticing.

Airlines only pay for what they use and Rolls Royce has an incentive to keep their engines in perfect running order (if they’re out of action, the revenue stream stops).

That’s a phenomenon where people have a tendency to fixate negatively on the link between units of consumption and price (to the extent that some prefer a more expensive lump sum just so they don’t need to think about the accumulation of fees).

Check out the Freemium

These might be considered the two poles of subscription pricing. In between is a spectrum covering numerous hybrid models. There’s Freemium – think Dropbox, which lets you try a version of its service at no charge, but offers premium versions for a monthly fee.

There’s overage-based pricing, a middle ground – think Audible, which gives you a limited free content per month and then lets you make purchases on top of that.

There’s tiered with overage – think Origin Energy which lets you self-select the most appropriate subscription level while also including an energy use component. And there are many more, all of which have advantages and disadvantages.

There are so many options because one-size fits all is anathema to the Subscription Economy. Having said that, broad rules do apply. Zuora research suggests that there’s a sweet spot for most companies: those who have between one and 25% of revenue coming from usage-based pricing grow faster than those with no usage-based revenue.

However, there is a tipping point beyond that quarter mark where growth stalls. (We’ve analysed the data closely and our full report is included in an e-book, downloadable here.)

So, yes, there is a best-practice range for proportion of usage-based pricing, but there is no such thing as a “correct” subscription variant combination for an industry or sector.

It would be far too prescriptive (and just plain wrong) to say, for example, that a financial services company must blend tired pricing with classic set-price. Instead, the best measure of success is whether those who use a particular service come out as winners. If they don’t, they’ll walk. The era of “take it or leave it” is well and truly over.

That’s a good state of affairs for the people buying energy, listening to music or watching streamed content. But the fact that there are so many options – the fact that the model is so easy to tweak – means companies willing to modify and experiment, win as well.

Nick Cherrier is Zuora’s Subscription Strategist for ANZ – helping businesses make the shift to the Subscription Economy. He specialises in revenue growth and marketing strategies across a range of sectors including digital media.

Nick Cherrier - Jul 6, 2015
0
Most homepages dedicate too much of their valuable space to predictable and generally unhelpful information, such as the purpose of the business, their products and services, their achievements and needy invitations to ‘buy, buy, buy’ or ‘contact us for a free consultation on no obligation quote’. Effective homepages focus on the needs and wants of the customer.