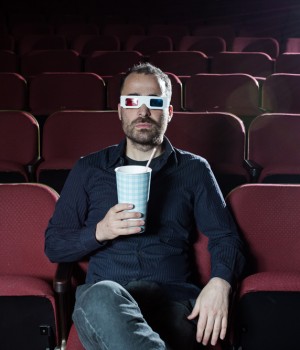 Wellington founded virtual reality start-up 8i recently secured NZ$20 million from global investors in a Series A funding round. Investors include major names like Samsung Ventures, RRE Ventures, and even Ashton Kutcher (through his fund Sound Ventures).

8i has previously raised NZ $1.16 million (US $1 million) seed investment in 2014. The seed investors were private individuals from New Zealand and Australia.

Other investors in 8i include Kevin Wall, Jeremy Stoppelman, John and Andrew Hendricks, End Cue and Kortschak Investments, ICE Angels, as well as VR investors Rothenberg Ventures and Boost VC.

What exactly is 8i doing?

8i is building a consumer media platform that enables users to create, experience and share immersive lifelike 3D video of real people. Its proprietary software transforms regular video from off-the-shelf cameras into realistic experiences for VR, AR (augmented reality), and the web.

8i is the first to enable true 3D (fully volumetric) video of people, enabling freedom to move around in a VR environment, while delivering the realism of human movements, face and hair, faster than other existing technology.

“As the Internet transitions to 3D with adoption of virtual reality and augmented reality platforms, we want to give people the best way to connect in this new medium,” said CEO Linc Gasking.

“8i records people in a new, more advanced approach than cinematic 3D, allowing viewers to move around freely and experience an authentic feeling of emotional connection with the person they’re watching,” he explained.

“A young mother recorded a heartfelt message to her baby, a musician captured an intimate unplugged session, a woman created the first VR dating profile. We’re excited to see how creators will take this next step in the evolution of media.”

Check it out by downloading the 8i VR player for Oculus, or by viewing on the web here.

Why has 8i attracted this funding?

“We are big believers in 8i’s unique technology, stellar team, and long-term vision,” said Jim Robinson of RRE Ventures who led the investment round and joins Scott Nolan (Founders Fund) on the 8i board.

“What they have achieved is what media companies see as the holy grail of virtual reality. I’m excited to see what the next generation is going to create with it.

“8i’s breakthroughs enable realistic 3D video capture of people for the first time ever. With human-centric content now past the ‘uncanny valley’, we can’t wait to see VR and AR powered by 8i take off in applications far beyond gaming.”

Founded in May 2014 8i, has since expanded to Los Angeles and San Francisco but the rapidly expanding company is keen to grow its R&D hub in NZ’s film capital, Wellington, a breeding ground for talent across computer vision and graphics, data compression, cloud infrastructure, software and design.

Founder Linc has been a pioneer at the intersection of media, technology and startups for the past twenty years. He is a regular speaker and thought leader on creativity, start-ups, entrepreneurship, and building sustainable start-up ecosystems and digital communities.

Linc co-founded film and technology start-up CountingDown.com from Melbourne in 1998. In 2000, CountingDown was acquired by Pop.com (Steven Spielberg, Jeffrey Katzenberg, David Geffen, Paul Allen, Brian Grazer and Ron Howard) for $23 million, which was a precursor to Netflix and YouTube.

He also co-founded Free Range Limited with Joshua Feast in 2013, where he undertook six months of intensive research visiting twenty start-up cities around the world, culminating in a white paper on growing successful start-up ecosystems.

Check out more about 8i