The top five mistakes that cause most investment deals in Australia to fail -
Friday, December 3, 2021 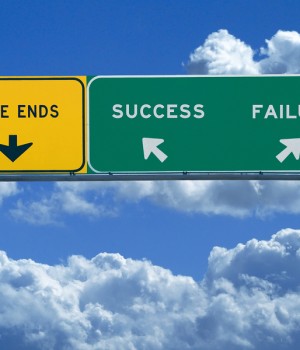 Mistake #1 – Assuming the other side are idiots

Mark Carnegie, the founder of M. H. Carnegie & Co. Investment Committee, was recently quoted as saying that nearly every commercial negotiation on investment funding in Australia begins with each side of the table assuming the other side are a pack of ill informed idiots.

The basic issue is that, if both parties are educated and, well advised, there is normally a narrow area in which a deal can be done.

But, in Australia we negotiate over everything. We negotiate over splitting each dollar with the other party. And, by assuming they are idiots the opening gambit usually goes along the lines of offering the funder one per cent, while keeping 99 per cent. Unsurprisingly, this creates frustration and annoyance with potential funders.

Funders are usually looking at a range of opportunities. They can only devote scarce resources to each opportunity for a short period of time. So, guess what? Those who start the negotiation from the point of view that they are idiots, usually lose.

I am continuously amazed at how people continue to fall into this trap. A good advisor will take the client straight to a structure that both sides can live with. No matter which way you look at it, that is going to involve some compromise for both parties.

So, don’t go with in with an idiotic expectation. Go in expecting, better yet, wanting, to get a rational, reasonable compromise.

Mistake # 2 – Pretending to have a sustainable, competitive advantage

A while ago I worked with an online retail footwear start up. The founders were a couple of Gen Y entrepreneurs, passionate as hell and in love with technology. They were convinced that starting up an online retail business was going to be the next big thing.

However, once Carnegie himself arrived at the meeting, he over ruled the executive. He pointed out that the business had no exclusivity with its suppliers, thus failing a classic Porters Five Forces test. This means they were price takers and, unlikely to ever make any money. Harsh? Possibly, but it was accurate. There was no sustainable, competitive advantage.

The CEO of the startup tried to rally but trying to convince Carnegie his judgment is incorrect is never a great use of time.

What was the end result? I took the CEO of the startup to pub after he left the meeting, unfunded.

U.S. venture capital legend, Oran Klaff, once observed that no one invested in early stage businesses from a rational perspective.

To engage a potential investor, you first need to get their attention. Most entrepreneurs do OK in this regard. But, what is heart breaking for the founder, and their advisors, is the failure to convert interest into an investment.

This failure to convert can occur because of pricing; see Mistake #1 and idiotic assumptions over values and prices. But, a lot of the time it is actually because the company is not ready for a due diligence investigation.

Getting ready for investor grade due diligence requires specialist skills and, you can’t do it yourself. A quality advisor can do it but make sure your advisor has solid credentials and experience.

A fundamental requirement of any due diligence investigation is the provision of a dynamic financial model. It must be granular and give the investor the ability to play with growth drivers for your business. It must allow the investor to readily track the impact of changing growth drivers on the company’s balance sheet, cash flow and profit and loss statements.

Due diligence work is focused on checking to see whether you have a grip on your funding requirement estimates or, if they are pie in the sky.

Mistake #4 – assuming the Australian VC industry works like it does in the U.S.

It simply is not the same.

I’m not going to be making friends here. But, this is the hard truth as I see it.

Australian investors do not always tell the truth to company founders. An investor will tell you something like: “That’s a great idea, but we need to see a little more traction” or, “I’m fully invested in other projects, but I’ll call you back, I’m definitely interested.”

These are lies. Some investors like being pitched to but cannot say no. They tend to leave that task to of their junior advisors, who will call later with the bad news.

It really frustrates everyone that Australian investors struggle to say, ”No.”

How hard is it to say, “No, I am not proceeding with this investment opportunity and here is why”?

It’s the business equivalent of being told, “it’s not you, it’s me”, when a relationship ends.

And, trust me, it is definitely you.

The other key difference is that Australians investors don’t really understand how a lot of new businesses and technologies work, particularly in e-commerce, SaaS and digital verticals.

Entrepreneurs assume a lot of investors understand concepts like cost per acquisition, lifetime customer value and churn. That is a mistake.

Remember that most of Australia’s venture capital wealth is controlled by family offices, not funds. These offices normally have investment managers who are aged 45+ and have little exposure to these concepts, having been used to working with more traditional businesses.

I’ve kept longitudinal data on each opportunity that my business has acted for. The results show that where deals successfully close, they do so within four months of first contact.

Beyond that, the success rate drops off a cliff.

It’s important to get straight to the space where a deal is possible on pricing, conditions and other terms.

Four months. That’s really how long it will take to know if you’ve got something that investors are going to support.

Longer than that and, you’re at the risk of becoming the embodiment of Albert Einstein’s definition of insanity: doing the same thing over and over again and, expecting different results.