RiverPitch, an initiative of River City Labs, is coming to town again – offering startups the opportunity for a “free meal and the chance to network with 30+ investors.”

After its debut event last October – when 29 startups competed for four slots – Stephen Baxter’s non-profit group is organizing the RiverPitch night on 19 February at The Cellar at the Polo Club Brisbane.

“You need a business (not an idea) in the mobile and web space. You need to be able to provide a pitch to us that includes a video, this is to ensure we actually have high-quality pitches on the night,” Baxter told Anthill. “A good business is one thing but if it is poorly delivered you have just wasted people’s time.”

Baxter said five startups would be selected to pitch at the invitation-only event. The night will include a three-course meal.

Applications open 21 January and close 1 February. The winning entries for pitching on the night will be announced 11 February.

River City Labs, which opened last March, has since hosted 52 startups at 50 events attended by over 1,800 people. It has attracted over 30 mentors to help out. The non-profit group provides a collaborative co-working space in Brisbane’s Fortitude Valley, complete with facilities required by early-stage startups.

The group is not associated with any accelerator, investment company or any another firm. But Baxter is an angel investor with investments in several startups such as taxi locator app goCatch, mobile payment provider txt4coffee, and TrekTraka, a location-based service.

Baxter, a former Army soldier, is the co-founder of PIPE Networks, a publicly listed company that provides telehousing and peering services. He sold PIPE Networks to TPG Group for $373 million. He also briefly worked for Google at the search giant’s headquarters in Mountain View, California. 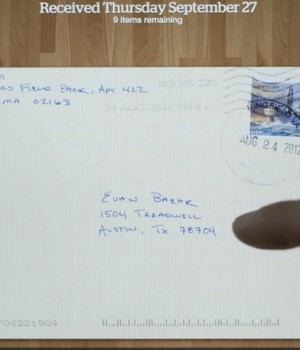