A few weeks back, Eventarc founder Scott Handsaker asked Anthill readers for advice on how to maximise business opportunities while attending a US trade show. This is his follow-up post after manning the Eventarc stand at the recently concluded SxSW trade show in Austin, Texas.

The SXSW Trade Show.  Over 400 vendors all competing for attention, all selling their wares. Each have spent tens of thousands of dollars on their booth to make them look professional and successful.

The problem is, all 400 look the same. Everyone has flashy signs, matching furniture, t-shirts to give away, brochures to take and free beer to drink. 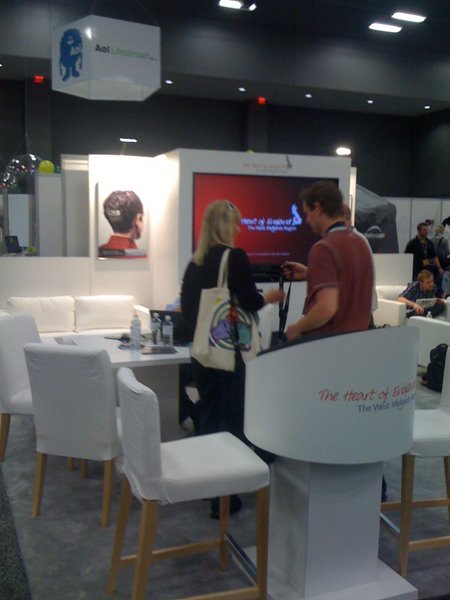 You get to the end of the show and you cannot tell one from the other. They all spend their budgets in order to stand out, but it has the opposite effect. They blend in. 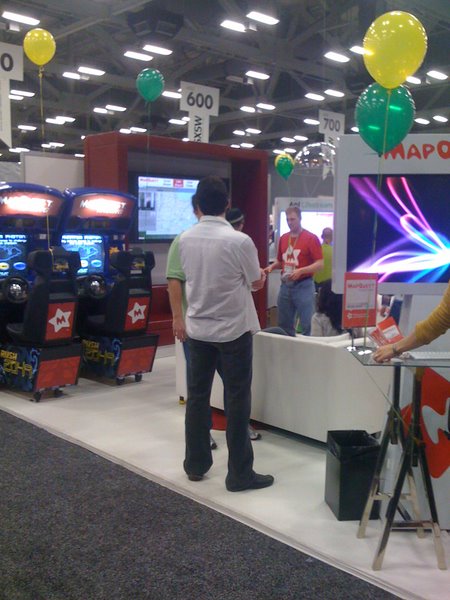 We came to the SXSW 2010 Trade Show as eight seperate startups from Australia, with Eventarc being one of them. We all have fantastic potential, but we don’t have the funds to compete with the big corporates in decking out our spot on the trade show floor. So how do we stand out?

We do the opposite.

If everyone is shouting, try whispering. If everyone is spending tens of thousands of dollars, try spending $200. Instead of adding everything you can think of to the stand, go minimal.

They stopped, they stared and they discussed.

I present to you a creative concept from the great minds at Michi Girl. Think minimalist art gallery with about $200 worth of materials. 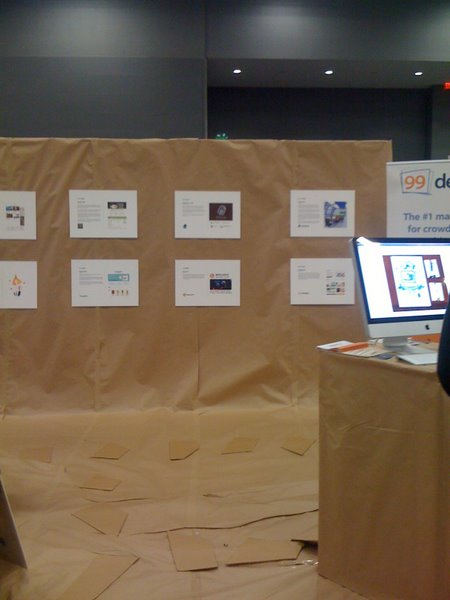 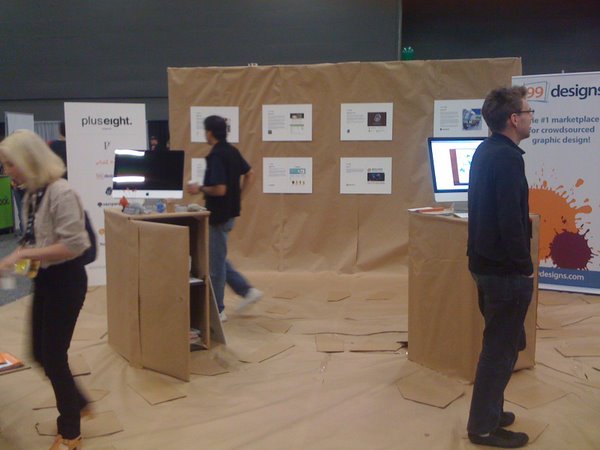 The little touches helped. Such as the couch. 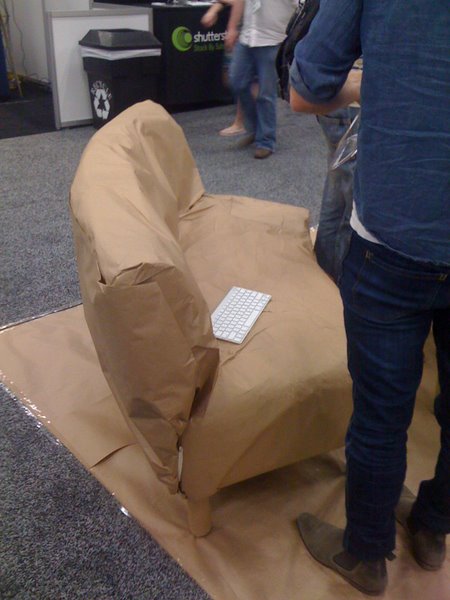 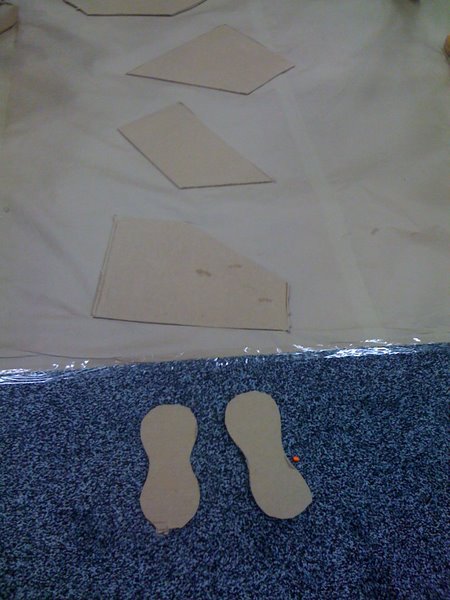 Sure we got some weird looks when we were setting up, but the proof is in the pudding, yeah? It worked.

When everyone else is zigging, you should probably zag.

Scott Handsaker is the co-founder of Eventarc, an online registration and ticketing startup based in the Docklands, Melbourne. He hopes you like Eventarc enough to tell all your friends about it.

Re-published with permission from Scott Handsaker of eventarc.com. The original article can be viewed here.