A few decades ago, people generally didn’t wear seatbelts when commuting in cars, with gruesome consequences. While car safety has come a long way since then (think front and side airbags, anti-lock breaking and so on), seatbelt technology has remained largely the same since it was introduced.

There are still obvious problems associated with the traditional seatbelt design, but they are slowly being redressed. The fifth ranked Australian product innovation in Anthill’s 2009 Smart 100 was the TummyShield, a seatbelt redesign with the safety of pregnant women in mind.

Ford is currently bringing to market an inflatable seatbelt design for rear-seat passengers. The concept incorporates the added safety of airbag technology to reduce head, neck and chest injuries caused by seatbelt restraint in a crash.

Ford will introduce inflatable rear seat belts in 2010 on the next-generation Ford Explorer. It hopes the technology will be in all vehicles globally over time. 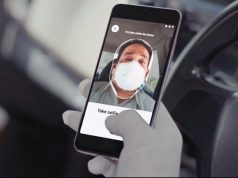