This post begins with a quick shout-out to #KateyShaw for posting a link to this video on… you guessed it… Facebook.

To capitalise on the frighteningly connected nature of the world’s largest social network (news source, marketplace, whatever), Coca-Cola Israel has launched, in what seems to have become a trend, another experiential event integrated with Facebook.

According to the DigitalBuzz blog:

Combining the vanity of youth with the viral nature of Facebook has proved a marketing hit for the global soft-drinks behemoth. Who’da thunk it!

The teengaers had to register to the events through Facebook where they could opt in to the app. Once at the venues they were able to activate Facebook posts just by looking at the FaceLook machine. The application identifies the user and posts an automatic comment which relates to the activity closest to where they are located.

But what’s truly impressive and simultaneously jarring about the campaign can be summed up in this one line: “Lucky for us, people don’t leave home without their faces.” Yup. We agree. Spooky! 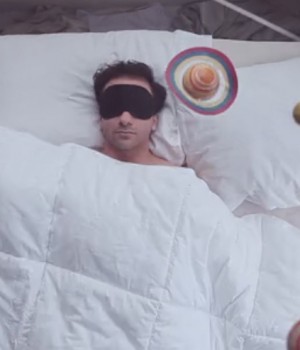