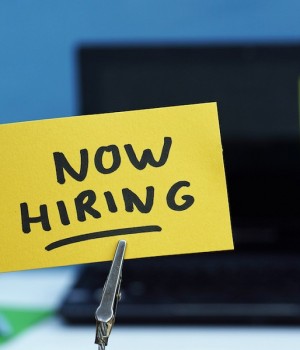 What is your company culture? Many start-ups and businesses think that ‘culture’ means installing a few Ping-Pong tables or weekly drinks. But it is much more than that.

Company culture describes the workplace environment – including how employees work, interact and collaborate as well as the policies to which they adhere.

Its now famous 124-page document on its culture has been shared nearly 15 million times on Slideshare, and was called “the most important document ever to come out of the Valley” by Facebook COO Sheryl Sandberg.

A positive company culture pays off

According to research published on Entrepreneur.com, businesses with great cultures perform 20 percent better than those that don’t. They also tend to have employees who earn more money. It isn’t necessarily because these companies pay higher starting salaries than others in their industry. Sometimes they don’t. It’s lower turnover and increased productivity that helps these happier companies compete.

With that said, conveying the company culture in job descriptions is critical for two reasons:

How to demonstrate company culture in job listings

It’s pretty obvious that job descriptions should include more than just actual tasks and required skills; also, they should promote how the company invests in its employees’ happiness. By following these three suggestions, employers can give job seekers a chance to understand their business culture:

1. Be direct and clear

Don’t be afraid to introduce your job listing with a paragraph or two about your culture. You might even include some direct testimonials from current employees who perform a similar job. Also, emphasise that you’ve included this section to let job seekers know why they would like to work at this company. Your clarity will reflect well upon your business.

2. Consider what you have

Google is one example of a company that has grown famous for its positive work climate. According to Fast Company, perks like free food and gym memberships were no accident but part of a deliberate strategy to attract and retain top talent.

Not every company can invest in a work culture like Google has; however, even an entry-level job may offer paid training, internal promotions, employee discounts, flexible work schedules, and a great location. Find out why current employees like their jobs and start there.

3. Use the right media for job postings

Quite simply, if you’re looking for younger workers, and even some older ones, you need to use mobile apps for job listings. Eighty-seven percent of mobile device users say that they have their phones by their side 24 hours a day and are more likely to check online with them than with a laptop or desktop. They’re more likely to use employment apps and mobile sites than to read newspaper listings or even listings on traditional job sites.

Younger workers also like using mobile apps for work, so your use of one for job listing is another way to demonstrate that your culture is in tune with their preferences.

Postings that reflect a positive company culture will attract the right type of employees.

Andrew Joyce is the CEO of Found Careers, an app that helps young people use to find jobs, and businesses can use to hire them. It is the first jobs platform in Australia in which the entire process is completed on a smartphone. Applying to a job is as simple as one ‘tap’ – rather than the long process on which traditional online recruitment relies.