A meeting of minds or clash of heads?

It is little wonder that only a small proportion of investment proposals ever successfully attract venture capital. The relationship between entrepreneurs and investors can sometimes be likened to the relationship between contestants in a boxing match, entering the ring from opposite corners, both adamant they are up against opponents, not potential allies, from the very first bell. But it doesn’t have to be that way. Paul Ryan reports.

IN THE LEFT CORNER…

An entrepreneur is often likened to the one-eyed football supporter.

He has lived and breathed the product or technology since its conception, often sacrificing a high-paying job, subjecting family members to the vagaries of life as a technology developer or start-up business owner.

He ‘knows’ from the depths of his soul that the potential of the business is huge. Why can’t investors see this obvious opportunity?

IN THE RIGHT CORNER…

Meanwhile, the investor does not care about the particulars or the history of the business, no matter how innovative the technology is or how challenging the path was to get there.

What the investor requires, above all else, is compelling evidence that a sufficiently large market exists for the product and that the company can secure this market before the potential competition.

Investors want to see an exit strategy with an attractive capital gain. Why can’t entrepreneurs understand that this is the bottom line of business?

Does this picture seem familiar?

Two parties meet to discuss an investment opportunity. The entrepreneur launches into a PowerPoint presentation – features, benefits, unique selling points, market capitalisation… it is all there.

After some minutes (hours to the investor), the venture capitalist (VC), angel or broker comments that they do not want to buy the product. Rather, they would like to see straightforward arguments as to why they should invest in the business?

“Oh,” replies the entrepreneur. “I was just coming to that, but first it is important that you understand how unique our product really is.” Back to the prepared slides: global statistics, projected revenue, the money they require and the close, with yet another enhanced image of the product.

The potential investor tries to control his frustration, asking, “But where is the bottom line profit and how are you going to sell the product?”

The entrepreneur confidently refers to revenue graphs and replies, “Capital will be used to develop a marketing and sales strategy and hire sales staff.”

Subconsciously, they are both wondering why they agreed to meet.

A CLASH OF HEADS?

Stuart Snell, CEO of Perth-based technology management and design company, Atamo Pty Ltd, believes that problems in the VC/entrepreneur relationship are often caused by a lack of empathy on the part of entrepreneurs.

“The biggest mistake entrepreneurs make is that they don’t market from the investor’s point of view. Venture capitalists do want to see an emotional commitment on the part of the entrepreneur. That passion should not be absent. But they also need to show that they can husband the investment wisely. Sometimes their emotional investment can cloud the bottom line.”

Snell says the key to all of this is business strategy development. It is unusual to find a VC with the resources or appetite to develop a crude business marketing plan built around a good idea. And entrepreneurs are usually not the best people to develop the well-rounded business pitch that VCs are looking for.

According to Ilmars Draudins, founding executive director of Nextec Corporation, “Most entrepreneurs fail to attract VC capital because they don’t have an articulated story as to how they are going to get to market. ‘People will buy it,’ is their story. No. You have to market it correctly; you have to get your alliances and distribution set up. There’s a lot of work to go into all of that.”

Nextec has developed and recently marketed 10 squared, a piece of business assessment computer software that gives companies a score out of ten for various aspects of their business proposal, and comes up with an overall rating, highlighting strengths and weaknesses.

“If more capital seekers were to apply similar methodologies to their businesses then the fund raising process would be more akin to a meeting of minds, rather than a clash of heads,” says Draudins.

The subject of pre-deal evaluation is raised.

“How much capital do you require and how much equity are you prepared to offer?” Numbers are thrown around. The entrepreneur is left gagging. The expectations of his potential business partner are miles too high and the mediocre value that his ‘life work’ has just been given is insulting.

The investor concludes that the unrealistic entrepreneur has his head in the clouds and notches up the experience as another waste of time. How can the entrepreneur expect him to allocate capital, trusted to him by others, to a highly risky venture without the possibility of significant capital return?

The entrepreneur concludes that the investor is so pumped up on profit that he no longer has any of the entrepreneurial spirit he once possessed. How can the investor possibly expect so much equity for the capital offered when it is obvious that the enterprise is worth so much more?

According to the Australian Bureau of Statistics, the success rate of entrepreneurs pitching to VCs is approximately one tenth of one percent (0.12%). Clearly there are a lot of frustrated entrepreneurs out there. So do they have their head in the clouds or are VCs particularly ruthless?

David Millhouse, founder and CEO of Millhouse IAG, an organisation specialising in capital raising and corporate services for emerging growth companies in Australia, New Zealand, Singapore and Germany, admits that the relationship between entrepreneurs and VCs is often characterised by erroneous expectations on both sides.

“You get the tension in Australia between the short-term orientation of the VCs and the longer-term needs of the entrepreneur. The reality is that if you want to build a corporation as an entrepreneur, you really need to give yourself a ten-year horizon. And the problem with financing, in Australia, is that every fund is a closed end fund, which means that the investments made by VCs are typically much shorter in duration.”

“We train entrepreneurs not to view venture capital as risk capital. There’s definitely a notion out there in the community that venture capital is there to be lost. In Australia, we still have this paradigm that if someone has a good idea, somebody else’s money should fund it. It’s utter crap,” says Millhouse.

IT&e Limited, an IT and e-commerce solutions company, successfully raised capital in 2000 to fund a major product-focused transition. CEO, Jim Maranis, agrees that entrepreneurs can often be clouded by too much passion for their idea. He says business success is often built around partnerships, where one partner focuses internally while the other looks more externally.

“Entrepreneurs need to have the fundamentals in place, a fairly clear strategy and be able to demonstrate that strategy. Investors hesitate before backing something without proven marketability. If you have a clear strategy to raise capital, you should first try to sell an intimate part of that strategy before approaching investors.”

Snell, on the other hand, says many entrepreneurs have a tendency to think too small.

“Venture capitalists want to see a world market for the investment, $2-5 million or more in initial outlay, with potential revenue of $20-30 million per year. It is sometimes better for the entrepreneur to think big and work their way back from that.”

South Australian irrigation management company, Micromet, eliminated much of the frustration from the process of raising capital by employing Gramercy Venture Advisors to help develop and target their business pitch over an eight week period.

Managing Director Chris Laurie says Gramercy set up the appointments and provided preliminary due diligence before agreeing to take on the job.

“They chose the VCs that they felt best matched the profile of the company. And, in fact, we only ever spoke to the two VCs, who invested in us. So I can’t say that I trudged around to 30 VCs before I got in the door. I have heard of that experience but it is not my experience.”

A MEETING OF MINDS

Millhouse agrees that most entrepreneurs need help prior to meeting VCs. “There is no value in an idea. The value is in building a listable public corporation from it. That is a skill set that an investor usually doesn’t have.”

According to Draudins, VCs are very conservative in the current market following the carnage of the 1999/2000 tech wreck.

“Prior to the tech wreck, you had people doing all sorts of deals. A number of those deals went belly up because they weren’t sustainable. At the end of the day, VC funds are in it to make money. How you handle the risk is one of the major factors in your investment strategy. If you haven’t followed the governance then you are going to have some very unhappy stakeholders at the end of the fund.”

“If you’re valuing a company at $10 million, and you’re investing two or three million into it, then you have to feel pretty confident that that company can be at $30-50 million in 3-5 years time.”

A lack of empathy can certainly buttress the ‘clash of heads’ mentality.

But transforming the relationship between entrepreneurs and VCs into a ‘meeting of minds’ is less about fate and fortune than plain hard work. A good idea and a good investment are two very different species, and VCs don’t make any apologies for their expectations.

If entrepreneurs are to successfully attract capital, they need to acknowledge that, just as their ideas can be improved, so too can their business plan. It is no shock that investors are looking for a return. And in business, as in life, nothing succeeds like success. 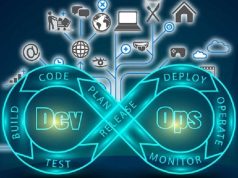 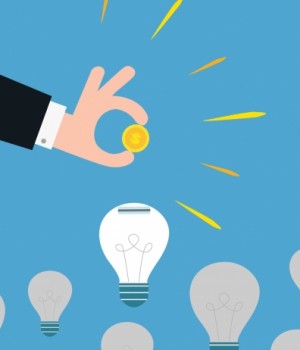 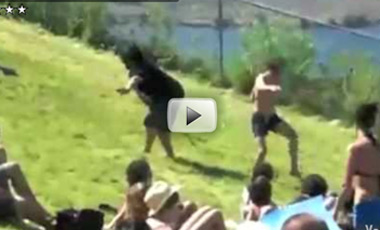