What you need to know about the far-reaching impact of the gig economy today -
Tuesday, March 9, 2021 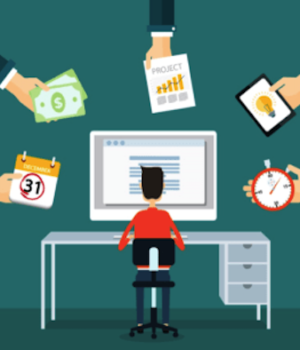 In case anyone was still in doubt, recent changes in legislation prove what a far-reaching, global impact the gig economy is having. Earlier this month, the Australian government announced new workplace protections for Uber Eats and Deliveroo riders – introducing penalties for businesses that delay payments in the state of Victoria. Meanwhile in the UK, the Supreme Court have provided guidance on the correct label for gig workers.

Businesses like Uber, Deliveroo and Airtasker are booming thanks to more and more people choosing to gain a second income. Some will pursue the gig economy as a full time option and a study predicted that by 2020, 43 percent of American workers would be independent contractors. Lured in by its flexibility and the fact that many don’t think that their jobs give them the funds they need to pursue the lifestyles they want.

This new way of working is having a significant impact, firstly on the participants of the gig economy and secondly on the industries they disrupt.

When you consider the traditional touch points of adulthood – getting a job, steadily climbing the career ladder, while simultaneously buying a house and learning the the skills to turn it into a home – then compare it to the current experience, there are significant differences.

The popularity of taking on gigs alongside, or instead of, a regular job role turns tradition on its head. Rather than following the linear career trajectory of progressing through the ranks and taking on more responsibility for higher pay, this generation prioritises flexibility and work-life balance. In some cases, it’s a route to making a sideline passion project, like photography or writing, into a full-time job.

It’s far from a perfect solution, a lack of security and benefits are common (and founded) criticisms. But as many want to work on their own terms and monetise their skills outside their usual role, the gig economy continues to prosper.

For all of those providing a service, there are even more using one. It will be interesting to see how this affects a generation increasingly accustomed to delegating jobs they aren’t good at, don’t have the time to do, or simply don’t want to learn. When it’s so easy to order a Uber, but driving lessons and parking spaces are more expensive than ever – will the next generation be so eager to learn to drive? Will they ever know the torture of assembling flat pack furniture when an Airtasker is just a tap away?

Why is the gig economy so popular?

Of course taxis and handymen are nothing new. But modern technology brings an ease that has seamlessly integrated these services into our everyday lives. Convenience and confidence has caused the gig economy to explode.

This popularity is seeing industries flooded with resources – and the ripple effect of this is being felt in the marketing industry too. While it’s always been a hotbed for freelance work, brand and agency models are now shifting on a larger scale. Lengthy retainers are being replaced by flexible, project-based arrangements and head counts are being reduced permanently.

Influencers are well placed to benefit from this. They provide a breadth of choice, specialist skill sets and have access to specific audience profiles. Their numbers are growing too, forcing standards higher, while remaining a budget-friendly alternative to traditional content creators for marketers.

As all of these industries evolve, companies like Uber will continue transforming and improving the customer experience. There’s potential for better service across the board as an influx of workers will be able to provide the quick and personalised experience many now expect. The same opportunity is available in marketing. Audiences are inundated by choice and advertising, meaning marketers must go above and beyond to achieve cut through. More content produced cheaply and efficiency – by influencers or otherwise – means more chance for targeted, personalised communications.

Aaron Brooks is the co-founder of influencer marketing platform, Vamp.