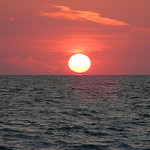 While global economic uncertainty continues, the business outlook is brighter for Australian SMEs in 2013.

MYOB examined key research findings from the series of MYOB Business Monitor studies from October 2010 to July 2012 to construct a retrospective review of the SME sector.

CEO Tim Reed says, “As memories of the GFC have faded, our MYOB Business Monitor surveys have shown that Australian SMEs’ uncertainty about the economy is continuing to rise while business performance has declined.”

Conditions remained tough last financial year. Twice as many businesses experienced a fall in revenue and two in three estimated that economic improvement was more than 12 months away. What’s more, the highest levels of SME dissatisfaction with the Federal Government in the history of the research were recorded.

Despite three cash rate cuts between May and October this year, consumers didn’t spend any more in October than in May. And the Australian dollar remains high, with indications it will remain so for some time. This makes local exports and tourism less affordable for overseas buyers and overseas travel and shopping more appealing for Australians; so many businesses are hoping to see the dollar drop, especially with the latest cash rate cut.

Is there any confidence in a healthier economy?

The proportion of SMEs expecting the economy to improve within 12 months has considerably declined since the October 2010 report, from 47% to 19% in July 2012.

Mr Reed explains, “Our research indicates the small and medium business sector has reached a turning point, with economic confidence and revenue expectations steady over the second half of the previous financial year. With almost three in every four expecting either stable or rising revenue this financial year we could see a concurrent rise in economic confidence into 2013.”

Why are fuel prices likely to be a top pressure point?

“With fuel prices continuing to reach record highs and expected to remain so over the short term at least, this is likely to again rank as the number one pressure point in 2013. The pressure is felt by many SMEs, but most of all by those in transport, postal and warehousing. Our latest round of research found 49% of respondents in this sector experienced a drop in revenue last financial year,” says Reed.

What are the key focus points?

When MYOB explored SMEs’ intended investment of time and/or money across various business elements for the following year, the areas that see the most attention in terms of increased investment have been relatively consistent since the question was first asked in the October 2011 survey. The top three are: customer retention strategies, customer acquisition strategies and the number or variety of products/services sold.

Why is online uptake wavering?

Despite Australia’s internet audience reaching 15.7 million in September 2012, nearly two thirds of SMEs are without a website. However, the proportion with one has grown in the past two years, from 35% to 38%.

In the most recent research survey, operators were asked about the use of cloud computing in their business. 14% said they had taken it up, whereas 79% said they weren’t using it and 8% didn’t know.

Mr Reed says, “I hope to see a faster rate of adoption of business websites as business operators realise they are handing customers to their competitors by not being online. In addition, I hope the decline in social media usage doesn’t continue. Australian SMEs need to become better connected and more visible online.

The benefit of cloud-based technologies is that you don’t need to spend much money upfront. For example, the website builder offered by the Getting Aussie Business Online initiative is free for the first year and our simple browser-based accounting solution, LiveAccounts, is available via subscription at less than one dollar per day. 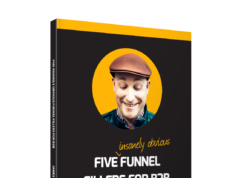 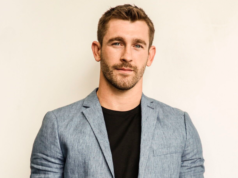 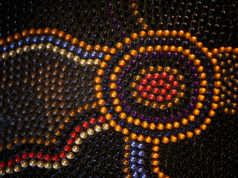