This new national research has revealed what frustrates business owners most about accessing funding -
Saturday, November 27, 2021 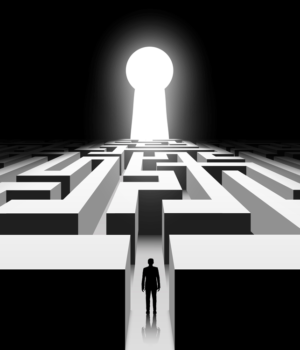 Around nine out of 10 Australian SMEs are frustrated about their business funding, naming onerous loan conditions, having to provide property security and a lack of flexibility as their major concerns.

The research was conducted from November 2018 to January 2019, after publication of the Royal Commission into Banking’s interim report and during the last round of its public hearings.

The most popular alternative finance product nominated by SMEs to fund their growth in 2018 was trade and import finance (currently used by almost 33 per cent of all businesses polled), followed by debtor or invoice finance (9 per cent), with fintech and other funding methods used by 5.8 per cent of those surveyed.

What are the biggest funding frustrations?

With around 87 per cent of SMEs saying they have frustrations with their current business funding method, the three biggest sticking points involve loan conditions (just over 80 per cent), having to put up property security (79 per cent) and loan inflexibility (73 per cent).

“SMEs funded by banks are three to four times more likely to be frustrated by loan conditions than those using non-bank lenders as their primary funders,” Mr Smith said.

“These frustrations are interesting, in the light of East & Partners forecasting that by late 2020, SMEs are more likely to go to an alternative lender than go to their main business bank to fund growth,” he said.

“As part of this trend away from the banks, the percentage of business owners who seek growth funding from their bank has fallen from 38 per cent when our polling began in September 2014, to 19.5 per cent in March 2019. There has been a drop of more than three percentage points just in the past six months.”

Mr Smith said the biggest gains were made by the non-bank lending sector, the first choice as funders of growth for almost 18 per cent of business owners (up from 15 per cent six months ago).

Almost half of all SMEs cited the frustrations of inappropriately short loan tenors (48 per cent) as well as the difficulty of dealing with their lender (47 per cent), while a quarter say their biggest annoyance is feeling insecure with their lender.

“Business owners are finding it very frustrating that their financiers are in many cases unable to adapt loan covenants or debt structure to meet their individual business funding needs,” Mr Smith said.

Why do SMEs seek credit?

The chance to expand into new markets (58 per cent) and demand for new asset and equipment financing (53 per cent), are the two main triggers for business owners to seek funding.

Outside of the listed questionnaire responses, SMEs independently nominated two key factors as significant events that trigger a need for new funding: the loss of a major customer (47 per cent) and the unexpected entrance of new competitors (27 per cent).

“Given that these two issues were independently nominated by such a large number of respondents, SME lenders who can help businesses identify these two triggers swiftly and put funding in place will be helping the small business sector to succeed.”

Mr Smith said that despite the gains into the SME market made by non-banks, there was still strong room for growth in the sector.

“Two-thirds of SMEs said they did not use non-bank lending options in 2018, but more than half of these said they’d be open to it in the future,” he said.

What is the SME Growth Index?

For the twice-yearly SME Growth Index, the owners, CEOs or senior financial staff of 1257 SMEs across a range of industries and all states, with annual revenues of $A1-20 million, are surveyed and interviewed.

Scottish Pacific lends to small, medium and large businesses with revenues ranging from $500,000 to $1 billion.