Iceland: From boom to bust to haven to where-the-bloody-hell-are-you? -
Thursday, January 27, 2022 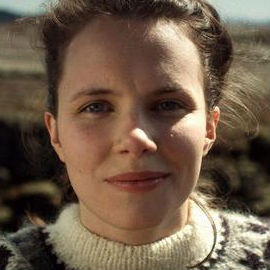 Not so long ago, I heard Iceland’s recent past described as the world’s craziest Ponzi scheme.

Michael Lewis is probably the best and most readable chronicler of its current financial state. In this fascinating piece, he investigates the collapse of Iceland and comes to the conclusion that mass delusion and lack of dissenting voices, products of Iceland’s provincial and isolated culture, were keys to this “perfect bubble” and ensuing disaster.

In fact, he blames a mono-culture. For 1,000 years, Iceland had one industry, fishing. The industry developed into one where toughness and risk-taking were the only way to succeed. This approach permeated the culture of Iceland, much like rice paddies apparently taught the Chinese mathematics and the virtue of diligence and patience.

When fishing made Iceland wealthy and secure, many Icelanders moved away from the unpleasant work on the boats to a more sophisticated and glitzier line of work, investment banking. And we all know how that went.

Recently, Iceland has started to reinvent itself as a hot bed of creative thinking.

For example, digital activists, like the people behind the Iceland Modern Media Initiative are striving to position Iceland as a “journalism haven”,  featuring an ultra-modern Freedom of Information Act and enhanced whistleblower protections.

The movement has won cross-party support (19 out of 63 MPs presented the proposal to Iceland’s Parliament on 18 February) and aims adopt the strongest press and source protection laws from around the world.

This would turn the country into an international “haven”, affording jurisdictional protections much like a tax haven, but designed to attract online publishers as a safe place to do business.

Online publishers that decide to set up shop in Iceland would be afforded enhanced protections against libel claims and other common legal areas of concern.

For example, recent rulings in Europe maintain that, for internet publication, each page view is publication afresh, regardless of how long ago the material was first posted. This has resulted in the silent removal of investigative newspaper stories, including those over five years old, from the on-line archives of the Guardian and other major newspapers.

Proposed Icelandic laws operate like a statute of limitations, preventing this and other laws, sometimes considered repressive, from interfering with press freedoms.

When you consider that all journalism is now online journalism and that servers can now be based anywhere (as the ‘jurisdiction’ of publication), this is a pretty smart move.

Here’s a video from Al Jazeera news, providing more detail on the initiative:

From the ashes (of Eyjafjallajokull)

We all know the dangers of a single industry economy overly dependent on a few industries.

When Iceland went bankrupt in October 2008, the announcement was hard to fathom. It’s not often that a country goes bankrupt. Simply, it could not pay back its external debts, and the Icelandic currency, the krona, became essentially valueless in the rest of the world. That meant the country could no longer pay for imports.

Of course, this outcome devastated many lives. Yet, Iceland as a whole, is now beginning to embrace the ash-clad silver-lining that such a crisis invariably brings with it; A fresh start.

It is using this ‘clean slate’ to seemingly pursue a kind of commercial ‘renaissance’ (of the kind that Greece may one day envy). It is broadening its options to include the previously inconceivable (another mental shift that the law makers in Greece should perhaps observe).

Case in point: ‘Inspired by Iceland’.

How do you make a cold, wind-swept, isolated country sound appealing when that same destination is partly responsible for its own isolation and the forced isolation of European travellers for much of April and May?

When things get cold make ice-cream

The past 18-months have been tough for Australian businesses. But when things look particularly bleak, just think of Iceland.

Its bean-counters went snow-blind, its primary product went out to sea and then whatever goodwill it had left disappeared in a biiiiiiig puff of smoke.

Next time you find yourself in a financial blizzard, do as they now do in Iceland. Make ice-cream.