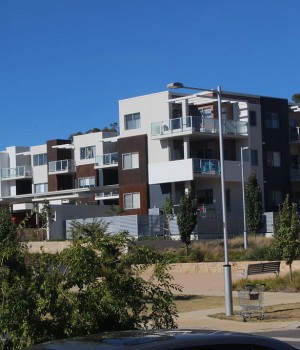 Crace, located in the north of Canberra, is one of Australia’s fastest-growing suburbs.

Real estate and urban growth are today’s hot topics with Sydney and Melbourne leading the conversation, overshadowing Australia’s Capital Territory. While these two are our largest cities, ACT has reported a substantial increase in its number of citizens and arising suburbs.

The suburb, which is 13 kms away from Canberra’s CBD, has also one of the fastest-growing housing markets.

The urban project to transform Crace into a top growth hot spot started in 2009 and has come a long way within a relatively short period. Only last year, the suburb reported $112 million in new dwellings.

This year one of Crace’s homes is even nominated for the ACT Architecture Awards – People’s Choice Award held by the Australian Institute of Architects.

nearmap, the geospatial mapping and visual analytics company that captures high resolution (7cm per pixel) and up-to-date aerial imagery, has exclusive photos of the evolution of Crace — since its bushland times. Check them out below.

“All involved need to explore every avenue to speed up project delivery and increase ROI. Disruptive technologies like aerial mapping and data visualisation help people do their jobs by letting them see what is on the ground now, in great detail, and enable them to see how it has changed over time.

“The ultimate objective is to increase productivity by cutting back planning time to free developers up to focus on delivering results. For the first time, urban planning professionals have unprecedented access to the most current, clear imagery available coupled with the ability to track change over time so that they are now able to plan more efficiently and effectively than they could previously.

“Urban growth is as inevitable as progress. The key is planning ways to build smart infrastructure that supports a growing population efficiently and that connect communities to have better accessibility.”