Now you can get Hulu in Australia (and Stephen Conroy ain't gonna like it) -
Sunday, July 5, 2020

I’m not a very technical person. Yes, I appreciate the irony, starting a business about innovation and then crowning myself ‘editor-in-chief’. (I mean, who wouldn’t?) So I apologise if the following post is a tad too simplistic for the tech-heads and possibly too jargon-packed for the luddites. But here goes.

Hulu. I have never properly explored the website but, apparently, if you ask any America teenager, it’s awesome!

That might seem a strange way to start a blog post, writing about a website I have never visited, while connected to the internet, researched using its competitors.

But that’s because I can’t.

I have never delved further than the site’s homepage (despite a strong desire to do so) because the site is restricted to viewers in the US. If your computer doesn’t reside in the land of the free and the home of the brave, then you’re locked out of Hulu and any attempts to access the site will be greeted by the following message:

“We’re sorry, currently our site can only be streamed within the United States. For more information on Hulu’s internation availability, click here.”

What is Hulu? And why should I care?

Hulu is a website that offers commercial-supported streaming video of TV shows and movies from NBC, Fox and many other networks and studios. It topped Fast Company’s Top 100 Innovators list for 2009, beating both Google and GE.

It is a rival to YouTube (offering full episodes, rather than 10 minute teasers), threatens Apple’s strategy for renting and selling video content online (as a logical extension of iTunes) and in April signed a deal with Disney that sent shivers down the spines of television and studio executives the world over (those execs with spines, anyway).

The television and film industry is loath to see any single company dominate digital video in the way Apple made possible in digital music in a matter of years.

The history and clout of Hulu is perhaps best summarised by BusinessWeek’s Cliff Edwards:

“When the $100 million venture was announced in March 2007, skeptics gave it little chance of success. But thanks to strong word of mouth, the site quickly became an online destination for watching premium movies and TV shows. Now the No. 3 video site behind YouTube and News Corp.’s (NWS) Fox Interactive Media, owner of MySpace, Hulu stands to convince consumers they don’t need to purchase downloads from the likes of Apple. And Hulu can afford to distribute video free by selling ads against an ever-widening—and popular—stable of shows and movies. Down the road, Hulu may also charge subscription fees for premium services.”

Not only is it ‘awesome’ but it’s also an important player (possibly the most important player) in this current stage in the evolution of television media. Or so I’ve been told, having never properly visited the site.

But thanks to VPN technology, things are about to change.

What is a VPN? And why is it important?

So, you can’t watch US restricted websites? Big deal.

You might just have to patiently wait until Channel Seven decides to air the latest episode of Lost (in Kerry Stokes’ own good time) or pace the aisles of JB Hi-Fi until the box set arrives, with the Evangeline Lilly collector’s edition poster (Yes, please!).

Your world won’t grind to a halt if your inner Veruca Salt can’t get her latest TV show fix… like, ‘now!’

But what if your elected government decides to impose mandatory content filtering?

Communications Minister Senator Conroy has already announced a two-layered filtering approach. The first (and completely mandatory) layer will block all illegal content. The second layer will be an optional, tunable filter for various levels of inappropriate content – nudity, drug use etc.

The controversy around the plan still rages and largely revolves around the question about who will decide what “illegal content” is and means? For now, it seems that the Government is deciding for us. However, the question might soon be moot.

According to Adam Turner, writing for PC Authority:

“…the easiest way to access restricted content is to mask your location using a US-based Virtual Private Network. A VPN creates an encrypted tunnel from your computer to the VPN provider, who then connects you to the internet.”

And, of course, this means that Australian users can now trick Hulu… and our elected super-nannies.

For the suspicious computer user, a VPN might sound too good to be true. For the future of digital democracy, the technology is a godsend. But for the marketing fraternity, including this publisher, there is a downside.

Once a user signs up, not even your ISP can see what they’re doing online. And this has implications for businesses that depend on third-party auditors analysing traffic for the purpose of selling advertising packages.

For example, recently AnthillOnline.com was added to Neilsen Online Ratings Index (and I’m proud to say that we debuted within the Top 50 Business and Finance Sites in Australia). But Neilsen, like many others, only measures Australian traffic.

Why? Because our advertisers do not care about the volume of traffic we attract from Kentucky (which ain’t that much, by the way, ‘thank gawd’).

The trade-off, therefore, will depend on whether users of future media will want targeted advertising (probably no) and news subsidised by advertising (hopefully yes… because nobody wants pay-walls, except Rupert Murdoch, of course).

What next? Well, the technology is available but only to those determined to spend hours modifying and tweaking and willing to risk Hulu changing the rules.

According to Turner, “Hulu is starting to block free VPN services, such as Hotspot Shield, but paid services such as WiTopia have so far managed to avoid such a fate.”

But we all know that some these deterrents are what make technology so exciting! So, I’ll conclude with Turner’s recommendation:

WiTopia’s CloakBox looks like the perfect lounge room companion if you’re looking to access US-only or UK-only services… it doesn’t rely on the end device to have any special feature or service. It simply tricks the devices into thinking they’re in another country. The CloakBox costs US$199, which includes a 12 month VPN subscription (after which it’s US$99 per year).

Online television is a brave new world for many but simply another media outlet for a growing generation of digital natives. It has implications for media companies, journalism and censorship. But for television watchers, it’s an area of progress simply too attractive to switch off, irrespective of the outcomes.

Anthill might end up burnt as a result of local demand to secure restricted content but, personally… I want my Hulu! (And my inner-Veruca won’t wait.) 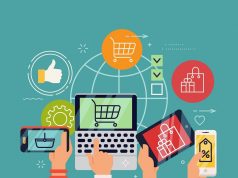