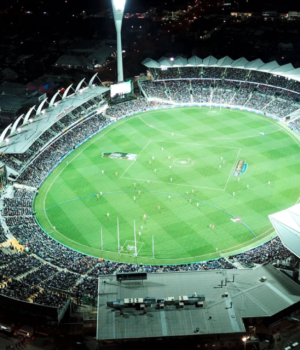 For example, with Linius’ technology a user can search for “Anthony McDonald-Tipungwuti” plus “inside 50s” to get a highlight reel of recent plays in previous matches to help strategise defensive tactics.

International media and tech company Swanbay Limited has integrated Linius’ technology into its global community development program and will work with a number of sports clubs, brands and associations globally for the roll out.

What is Linius looking to achieve?

“We believe we will be the first platform globally to offer a simple plug and play access to the Linius technology. This will be a fan and follower “game changer” in the way they consume sports content and we are working with a number of clubs, brands and associations globally to roll this out,” said Swanbay CEO Steve O’Meara.

Players and coaches will be able to get a full match summary of the opposition’s key players, passes and shots at goal in just a few clicks to get an in-depth look at their competition ahead of a match.

Using the technology, Essendon will be able to reduce the cost and time associated with traditional video editing when compiling match reviews to find relevant content faster.

“This solution is applicable and replicable to all clubs and leagues globally – hockey, basketball, rugby, netball and soccer just to name a few,” said Linius CEO Chris Richardson.

“These partnerships with the Essendon Football Club and Swanbay, reinforce our commitment to the Linius commercial strategy. Commercial deals and other proof-of-concept demonstrations currently in place across our key global markets helps to commercially validate the technology, while enabling us to replicate to sporting clients all around the world,” said Mr Richardson.

What has Linius achieved so far?

Earlier this year Linius signed agreements with fantasy sports app SportsHero (SHO) to whitelabel its video virtualisation solutions to one of the world’s largest sports federations, the Football Association of Indonesia (PSSI), giving fans the ability to create their own customised channels.

“All Premier League soccer teams have their own TV channels with millions of fans streaming their content. Manchester City alone has over 1.1 million subscribers to their YouTube channel and Barcelona now has over 3.8 million. The market size and scalability of personalised sports experiences for fans is infinite, as is the opportunity for club revenue through its fan engagement,”  said Mr Richardson.