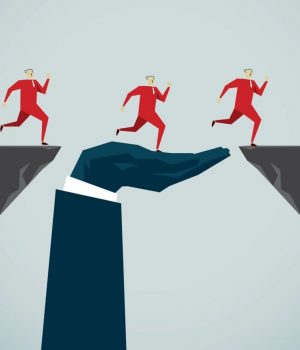 Thomas Jensen is not a typical CEO who has made a career by climbing the corporate ladder. “I didn’t have the cynicism it takes to get to the top,” he says of himself. Despite this, he has found himself at the head of  global Video Management Software (VMS) company Milestone Systems. Owned by world technology heavyweight Canon, Milestone recently passed the one billion Danish Kroner mark in its global revenue.

Rather than the dry, nuts and bolts management attitude, Jensen’s leadership style focuses on people first. Rather than employees or human resources, he refers to the people he works with as colleagues and goes out of his way to help them grow in their careers.

“Grow your people, and they will grow your business,” has been the key approach throughout his career. This is based on ideas he formed at the very early stages of his career, together with many leadership lessons he has learned on the way to becoming a CEO.

One of his guiding thoughts for leadership is: “If you think you’re a leader, try leading a group of volunteers.” This goes back to the 1980s in Denmark when he was one of the youth leaders at a local disco club for kids around 15 years old.. “We were all only kids ourselves, but we took on a huge responsibility, because parents were sending their children to the club for a fun Friday night and it was our job to keep them safe. Everyone on the staff were volunteers. As one of the youth leaders, it was a tough learning curve for me because, at the start, I made all the mistakes in the book. These people did not work for me, I was not paying them, yet I needed them to be responsible for various tasks. I learned to inspire them with my communication, so that they decided for themselves that they wanted to take care of the tasks I was giving them. This was my first lesson in true leadership communication and it has stayed with me all my life.”

These principles of ‘people-first’ and strong leadership communication have shaped Jensen’s thinking throughout his career and are part of the foundation of his success as a leader. In an early position working at a global technology firm, Jensen was given a piece of advice that has been an equally strong influence on his leadership style: “Thomas, if you’re going to be a leader, you need to put your employees’ needs above your own. Their success over yours. Because your success will be the sum of theirs.”

He readily took this advice on board, however, soon realised that the leader passing it on did not live by it themselves, something he has seen many times in companies he has worked with.

“I have met several top executives that are very focused on their own careers. They are good at passing on the problems and taking credit for the successes. That’s what led me to think that I do not have the cynicism it takes to get to the top. It’s the opposite of how I think people should be treated in general,” states Jensen.

Rather than pursuing their own careers and hinging the company’s success on their own success, true leadership means empowering the entire team to carry the organisation forward. “I sincerely believe that the contribution each and every individual makes, is needed for the company to thrive and be successful,” he continues.

In a people-first workplace environment, everybody’s ideas are valuable. At Milestone, Jensen frequently reaches out to his colleagues to get their input and ideas. Everyone is welcome to knock on his door to pass on their thoughts on a specific matter, look for advice, or pass on wisdom they have gathered while performing their daily tasks.

A modern organisation is the sum of its parts, and its people are by far the most important component. Nurturing the combined innovative power of their people gives companies a powerful advantage. In Jensen’s view, to build and keep this advantage, leaders must think people-first, growing their people to grow their business and always considering them colleagues, not human resources.

“People thrive and do their best work in an environment like this, and they will want to stay and build their career with the company. That’s people-first, and that’s good business,” concludes Jensen. 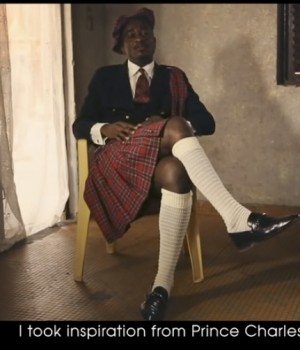 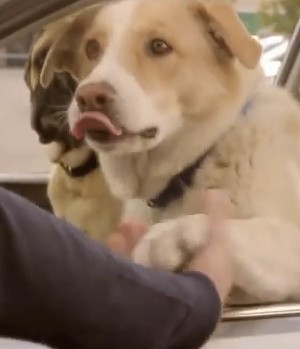