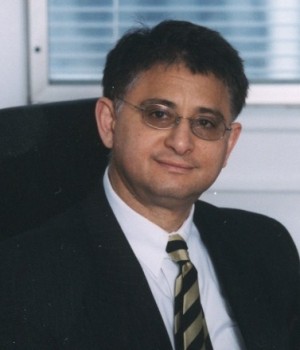 Tony Lutfi first came across Freekeh in Jordan when he was dining with the Prince of Jordan.

Freekeh is an ancient Middle Eastern grain food that is created by harvesting the grains while they are still young. The grains are then parched, roasted and dried to create a delicious and nutritious food that can be used as a side dish or an ingredient.

You see, the young green grains are far better in taste and nutritional value than the same grains when they are in their mature state.

Lutfi loved the taste and upon doing some significant research, he discovered that Freekeh has health benefits pertaining to bowel health, diabetes, cancer and obesity.

He also found out that it was being imported into Australia from the Middle East.

The light bulb lit up above his head. “I thought it comical that Australia – one of the largest growers of wheat in the world is in fact importing Freekeh wheat from Jordan!”

Upon realising there was a domestic market for Freekeh, Lutfi decided to create a practical and cost efficient process to produce it from Australian grain for the global market.

This is when the hard word work really started.

Freekeh has been produced in the Middle East for thousands of years now but the process hasn’t changed at all with the times. It is still manual and very labour intensive.

The result is a product which is not acceptable for sale in Western markets due to heavy contamination most especially with tiny stones, as well as microorganisms and chemicals.

The production of Freekeh seems very easy on the surface but it is actually rather difficult. Several companies in Jordan, even with support from the United States Agency for International Development (USAID), have unsuccessfully attempted to modernise it.

To make Freekeh, the grain has to be harvested at a stage when it is at peak taste and nutrition, then have the enzymes in the grain immobilised to capture and retain all the goodness in the grain which is lost when the grain matures.

Think of it like pressing the pause button on the grain’s youth.

There is a precise temperature at which this occurs and this is the crux of Lutfi’s technology.

Together with his partner, John Tucker, Lutfi developed the first and only technology to manufacture the ancient Freekeh by modern automated means to the highest Western standards and the pair went ahead to start the company, Greenwheat Freekeh.

Plenty of hurdles before a million dollar finish line

“Ethnic perceptions nearly killed the business before it even started. The war in Iraq in 2003 killed our growing and successful market in the Middle East. The war in Georgia in 2008 killed our market in the Ukraine. The global financial crisis in 2010 severely impacted our exports to the USA,” Lutfi shared with Anthill.

Furthermore, Lutfi was incapacitated for 18 months after getting involved in a car accident where his vehicle was hit very hard from behind whilst stationary at a traffic light. The company hit rock bottom in 2010 when sales dropped down to $68,000 for the whole year.

However, on January 3, 2011, Lutfi woke up to 4,364 emails in his inbox. They were all sales inquiries from North America. Freekeh had been featured on Dr. Oz, a show that has 55 million viewers and is syndicated around the globe including in Australia.

“The company immediately turned around and today we are able to presell all of our production for export and get paid 30 per cent upfront even prior to making the product,” Lutfi revealed.

“In Australia, we have been growing at 220 per cent every six months. In USA, Greenwheat Freekeh pizza is growing very strongly and we are launching Freekeh noodles in Asia. We are also developing a range of Freekeh salads in Australia and working with several companies to use Freekeh as an ingredient in breakfast cereals and in a range of pasta products,” he added.

Keep in mind that all of this success has been achieved in a time of high forex rates and in countries which do not allow the import of Australian grains like the USA, Canada and Brazil, all at a price eight times or more that of the same grain sold mature. Not bad huh?