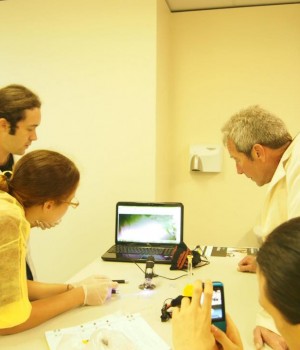 Recently, at Australia’s first Biohackathon, a team made up of a biochemist, a material science expert, and a mechatronics engineering student won themselves a $3,000 cash prize for coming up with the most novel and simple solution to a major healthcare problem. Talk about killing two birds with one stone!

The Biohackathon was an eight-hour competition aimed at producing novel approaches and solutions to a long-standing real life science problem of great importance to the community. Never before in Australia, has a problem previously exclusive to a selected few scientists, been opened up to a wider audience.

Australia’s first Biohackathon, organised by technology business incubator, ATP Innovations and sponsored by Cochlear, put out the call to students and citizen scientists of all disciplinary backgrounds to come up with an improved method of detecting bacteria forming biofilm leading to infection and death in our hospitals. Keep in mind that this is a problem that microbiologists have been looking at for decades.

The Biohackathon attracted 44 participants with diverse backgrounds all united by a passion for science and desire to make a difference to the community. Using simple equipment and everyday materials – MacGyver style – engineers, designers, futurists, dentists, artists, microbiologists and immunologists battled to come up with the best and simplest solution, to be implemented to detect biofilm in our hospitals.

Of the 11 teams, SurGION was the winner with team members George Peppou and Ben Millar, both full time inventors with backgrounds in biochemistry and immunology and material science, and Ben Barnes, mechatronic engineering student from the University of Sydney with a penchant for all things electronic and computing. I guess we can also call them The Fantastic 3.

The winning solution was a monitoring device, for which the trio had created after 60 initial prototypes prior to the contest. The device is wrapped in a spiral conductor circumferentially about its length. The conductor is formed of a soluble, bioresorbable polymer doped with conductive particles. By monitoring variances in the conductive properties of the conductor, the presence of biofilm can be monitored. Woah! Can someone translate that to layman’s English?

The design was chosen for its ability to be incorporated into the surface of indwelling medical devices, such as cannulas and catheters – an area not widely addressed. Under the guidance of industry experts and mentors, SurGION’s conductor was validated, as it was found to detect biofilm at an early stage before occurrence of clinical infection, during testing at the Biohackathon. Apologies to those going dizzy from all these scientific terms!

“We were surprised to win, the competition was very strong and brought a very diverse range of solutions to what remains a challenge within both medicine and industry,” said George Peppou.

Despite scolding criticism from some experts in the field, the Biohackathon showed that opening up a scientific problem to a wider audience has tremendous potential for generating creativity that can lead to innovation.

“I was impressed with the scope of the detection methods, all the teams came up with very unique approaches, and their passion and enthusiasm was infectious,” said Hamish Hawthorn, CEO of ATP Innovations.

“What are considered to be ludicrous ideas, if you really work on them, turn out to be not that ridiculous at all,” said Ben Millar.

“I guess some of our solutions are just crazy enough to work, they’re ‘out there’ enough that no one has actually tried it but they’re still in the realms of possibility,” said Peppou.

The team is exploring the possibility of commercialising the winning technology, for which they perceive many other potential applications. Way to go! 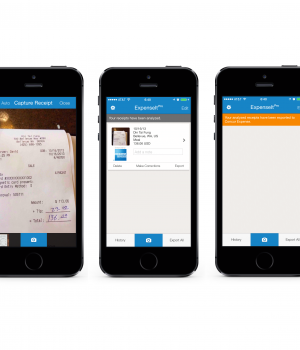