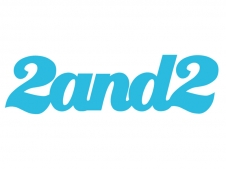 It’s no secret that kids in China are put through tremendous academic stress, so much so that last year, the Chinese government had even considered the banning of written homework in elementary schools.

But if Australian based educational games developer 2and2 has its way, kids in the grueling education system could look forward to learning that’s actually fun.

Two members of 2and2 will head to Shanghai to begin testing for a project that will bring creative game-based learning to the largest education system in the world.

Codenamed Fun Academy, the project is a social education platform that allows Chinese students to select from a range of educational games  covering primary, secondary and tertiary curricula. Or, they could create their very own games with data that they have. Students can also challenge friends and share scores and achievements with extended family in a social “wall” on the platform.

This mode of learning is a world away from China’s current revision methods, where late night cramming and high pressure could result in overworked students lacking creative inspiration.

The birth of Fun Academy

2and2 has developed over 300 interactive experiences and games for the Australian school system. But beyond schools, it has also worked with corporations who believe in the value of enjoyable learning experiences.  Just last year, it has won 15 major awards in the UK, USA, and Australia.

The idea for Fun Academy was born when 2and2’s Managing Director, Leon Young, visited China. Impressed by the dedication of Chinese families to their child’s educational success, he also saw frustration with the pressure that exists within the current education system.

In addition, almost a third of the company originate from China and have first-hand experiences of the intense pressure that Chinese schooling places on students, families and teachers.

With two brand mascots – a panda and a koala symbolising the connection between Australia and China – Fun Academy’s vision is to bring enjoyment back into learning for Chinese students, while also helping them effectively revise for exams.

Putting Fun through some serious tests

2and2 will be testing three game prototypes with multiple schools in Shanghai, including the renowned Tongji University. The project is also supported by a panel of Australian universities, including Curtin University and the University of Technology Sydney, who plan to use Fun Academy as a research platform on the subject of games and learning.

Upon return, the company plans to look for investors and partners for the next stage of development.

Let’s have fun, shall we?