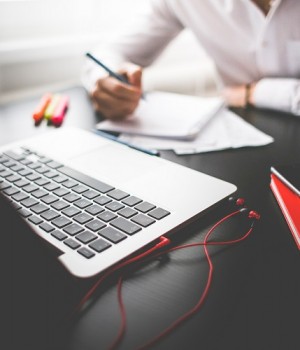 Aussie start-up DesignCrowd, one of the world’s largest creative design marketplaces where freelancers complete work, has reached half a million designers on its global platform.

Since launching in 2008, DesignCrowd has rapidly grown to become one of the biggest crowdsourcing communities in the world; raising over $12 million in venture capital, and opening offices in Sydney, San Francisco, and Manila.

What does this milestone mean for designCrowd?

DesignCrowd’s CEO, Alec Lynch, says the 500,000 designers milestone highlights the need for the marketplace as an alternative to traditional design agencies and is one of the reasons he founded DesignCrowd.

“I started DesignCrowd  to provide designers around the world with opportunity to be creative, make money, build their portfolios and work with startups and brands on the other side of the world.  By providing access to 500,000 designers, DesignCrowd is also providing a better way for businesses to outsource design and get high quality creative work done in a faster and more affordable way,” said Lynch.

The latest milestone is indicative of a changing world economy, with the rise in ‘on-demand’ services, resulting in explosive growth for the company. Increasingly workers are opting for the flexibility and large customer pools offered by freelance work, with the ABS stating that over 1 million independent freelancers currently operate in Australia.

What kind of freelancers are on DesignCrowd?

The DesignCrowd community reflects the diversity of the freelance industry, and includes everyone from casual freelancers to frequent users, earning significant sums. Notable designers include PB, from the UK, with A$977,221 in earnings; jaime.sp, from the US, with A$105,196 in earnings; and Bluejet, from Australia, with A$77,000 in earnings, to date.

“I use DesignCrowd because it gives me choice,” said Bluejet, “with a young family, the platform gives me the flexibility to decide my own schedule and workload and, as opposed to working in agency, I get to choose briefs that suit my talents. Design, like all business, is evolving to become more global. Resisting that is like insisting the earth is flat.”

To date, more than 9 million designs have been submitted to contests through the site, answering briefs from international clients including Virgin, Amnesty International, and Harvard Business School.

The future is bright for DesignCrowd

DesignCrowd’s growth in Australia is reflected in its listing in Deloitte’s 2015 Tech Fast 50, for the second year in a row. However, these trends are not limited to Australia, with the company experiencing strong growth worldwide. Key regions include: the UK (20 per cent), US (19 per cent), EU (18 per cent), and Asia (4 per cent).

“DesignCrowd‘s mission is to provide talented designers with opportunities to be creative and earn money regardless of their location or language,” said Lynch.

“To help half a million designers in 124 countries earn money is a fantastic achievement and highlights how crowdsourcing services like DesignCrowd are an increasingly popular way for designers around the world to find work – providing them with meaningful income, flexibility and opportunity,” said Lynch.

These figures indicate that DesignCrowd is well on its way to reaching its next goal of 1 million designers and $100 million in marketplace revenues. In the coming year, DesignCrowd, and its crowdsourcing model, will reach new countries, new markets and new designers around the world, providing customers with access to a vast global community of creatives and designers.