The start that this smart Aussie tech company had was far from good. It was awesome! On crowd-funding platform Indiegogo, they hit their goal in two hours, reached the $100,000 mark within one day and had reached over $300,000 by the end of that first week.

“The preorder campaign was designed to reward our early supporters with access to our first commercially available product IQbuds™, expected to commence shipping in December 2016,” said Nuheara CEO, Justin Miller.

According to Evan Cohen, Senior Director of Design, Technology and Hardware at Indiegogo, “The Nuheara IQbuds™ campaign had an amazing start. Hitting your funding target in the first two hours is no easy feat… This is certainly one of the leading campaigns on our platform this year to date.”

What exactly is Nuheara doing?

The company is developing intelligent wireless earbuds that allow users to hear what they want to hear in the world around them and in their digital world.

Nuheara describes IQbuds™ as a cross between an assistive listening device, noise cancelling headset and bluetooth headphones, all in two totally wireless earbuds.

IQbuds™ is the first product for Nuheara and according to the company, hundreds of consumers have responded very positively to the working wearable prototypes that they have been testing over the last two months in Australia and USA.

Nuheara has developed a contractual R&D relationship with Curtin University in Perth, where it funds post-doctoral researchers who specialize in digital signal processing and augmented hearing.

“Curtin University provides an added level of robustness to our global business and product aspirations. In that sense, we are proud to be a poster child for Universities and the private sector collaborating to build innovative technology products for the global market ” said Miller.

How is Nuheara doing in the market?

It’s been a big few months for Nuheara as it raised AU$3.5 million in a public offering on the Australia Stock Exchange in March this year and has been trading at well above its listing price since then.

Miller was more than contented with the performance, stating, “We were really pleased with the response from the market to the Nuheara public offering last month.

“Nuheara is the only consumer wearables company listed on the ASX, and this pre-order campaign represents the execution of the first stage go-to-market with IQbuds™.”

“We initially planned on using it to evaluate product market fit, provide consumer research and create an effective marketing platform on which to build the Nuheara IQbuds™ brand. We are very encouraged by this response to the IQbuds™ value proposition from over 3300 customers placing pre-orders from 80 countries,” he further explained.

“These early stage results are very encouraging from a revenue perspective, ” intimated David Cannington, who has driven the pre-order initiative from Nuheara’s North American base in San Francisco.

“It is also interesting that while most of the initial sales traction has stemmed predominantly from pre-orders within USA, Australia, Canada and the UK, we have so far received contributions from over 80 different countries.

“It helps reaffirm that we have a global opportunity to solve problems for customers everywhere.”

How is Nuheara going to change the world?

Hundreds of millions of people around the world struggle to hear what they want to hear, not just people who are hearing challenged, but people with good hearing as well.

People’s hearing senses are just overwhelmed and have lost control of how they hear the world around them.

Nuheara IQbuds™ gives users the control to hear what they want to hear in the world around them and connect to their digital devices.

Via two totally wireless earbuds that are powered by an App users can focus on what they want to focus on, that is, speech in noisy restaurants, reducing noise on an airplane, finding a nice balance between music streams and the background noise.

Nuheara is really pioneering the concept of augmented hearing by applying smart hearing technology to allow users to hear the world in a more personalized way.

While all the technology development is happening in Perth, Nuheara was born global and it has a partnership with one of the world’s leading Wearables incubators, Wearable World IoT Labs in San Francisco.

“It’s a huge advantage for Nuheara to have a base in the heart of the weareables eco-system in Silicon Valley. We are creating a go-to-market channel for all the great technology being developed by our team in Perth.” said Cannington.

Nuheara has been working on its intelligent earbuds (IQbuds™) for over 18 months and plans to commence shipping to its early supporters in December 2016.

Who are the minds behind Nuheara?

Miller is a serial Aussie tech entrepreneur whereas Cannington has been in Silicon Valley for the last 20 years helping Aussie tech companies get a beachhead in the US.

Miller came through one of the ANZA Technology Network programs of which Cannington was the founding CEO. Miller then went on to found Sensear, an industrial hearing technology business, and he hired Cannington as their first US employee to drive global marketing.

After leaving Sensear in 2013, the pair kept in contact. Towards the end of 2014 they saw the growth of the wearables market and felt that hearables (technology worn in the ear) would become a significant segment of this rapidly growing market.

With their experience in the audio and hearing space, they knew the time was right to  develop intelligent hearing technology and house it in totally wireless earbuds. 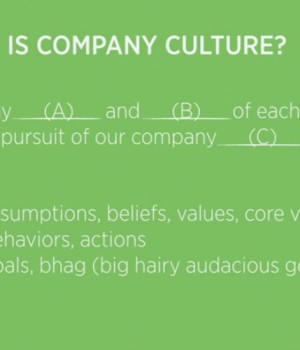