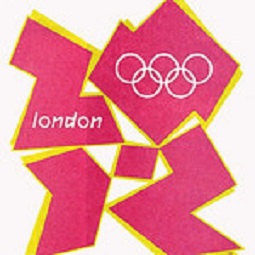 Now, other than immersion in the athleticism, is there anything else we can take from the recently concluded London 2012 Olympics? Well, there’s plenty! The lessons our athletes have provided, some by having it the hard way on the world stage, are fully applicable in the business world. Some of the athletes will show you the right moves and others; well, they will show you exactly what you should avoid.

Can Aussie athletes really teach us how to run a business?

These are seven lessons taken straight from London 2012, with a clear persuasion to the Australian team, which can make your business better.

In the 100m hurdles final, Sally Pearson despite knowing fully well who her main threats were said her focus “was on running fast and getting over the hurdles.” In fact, she did not even realise how close the race was until it was over! Pearson stayed focused on what she had to do to get the job done and did not worry about what the others were doing.

LESSON #1: Know your opposition, respect them, but run your own race.

During Eamon Sullivan’s pool side interview after the 4x100m freestyle relay, he said, “We had a plan but it didn’t go to plan so we had to come up with a new plan and we couldn’t do it”.

LESSON #2: Having a plan is good but being flexible in your approach is even better, as things will not always go as scripted.

Many Australian swimmers expressed concern about the distractions of social media and the crowd calling out when swimmers were on the blocks ready to start their race. They said these elements had a negative impact on their performance and ability to focus. Conversely, most track and field athletes need to deal with the crowd cheering within the stadium – often very loudly. Usain Bolt had a bottle thrown on the track just behind him when he was in the blocks – no one on the start line seemed to notice. They were all singularly focused on their own objectives.

LESSON #3: It is as much about the mind as the body. Be focused and determined. Do not blame distractions. Learn to be accountable for your own actions.

Anna Meares did not perform as hoped in the keirin – her long time rival, Victoria Pendleton won and she came fifth. It was not long before the critics said she had been disappointing and would not achieve the medal glory so long sought. But, Meares bounced back in the sprint final to win gold over second placed, Pendleton.

LESSON #4: Have lots of resilience. Detractors will always be there. Learn to bounce back from your setbacks.

A boastful James Magnussen was brought back to earth with an almighty thud when he did not perform to his best in the 4x100m freestyle relay and the team did not medal. While clearly shocked, it was his post-race public reaction to media that saw him widely criticised. Unrelenting social media commentary confirmed what he knew; he had not delivered on his promises. While the lesson may be pride comes before a fall or do not over-promise and then under-deliver, there is more to this story. Re-grouping and declaring he had “learnt more about himself in the last two days than in the last twenty years” he won silver in the 100m Freestyle just two days later.

LESSON #5: It is how you handle your failures that will show how good you really are.

The preparation and hard work needs to be done before the opportunity to shine arises and once the opportunity presents itself, you need to sustain your performance levels. Defending Olympic Champion from the Beijing Games, Matthew Mitcham, was aiming to go back to back in the 10-metre platform men’s diving competition. Despite his best efforts and some high scoring dives, he did not make it through to the finals, placing 16th. Offering no excuses and while clearly disappointed, he said “All I can say is my performance was a product of my preparations, because that was so interrupted with injuries”.

LESSON #6: Timing is everything. Failure to prepare is preparation to fail. There is no room for complacency.

Benita Willis, 33, was determined to finish her fourth Olympic marathon on Sunday despite battling a torn hip tendon. She eventually made it over the London finish line in 100th place with a time of 2hrs 49min 38sec – more than 26 minutes after Ethiopian gold medalist, Tiki Gelana.

LESSON #7: Have passion in what you do – it will sustain you during the difficult times.

There you are, the Olympics are done, but in the business world, the race for gold (literally and otherwise) never ends.

Paula Ward is the Director of Know The Game. In our sport obsessed country, she helps people to understand our sporting codes so they can engage with clients and colleagues.