It’s about spending money, other people’s money, to deliver technology solutions. It’s also about getting that spend down to 1% of gross revenues and still delivering what the business needs.

It’s about the concept of 1% – it’s a target, a goal and it’s a stretch. You may never get there, but if it’s your goal I guarantee you that you’ll come up with newer, better, more inventive ways to do things.

The 1% spend is all about taking accepted wisdom, tipping it on its ear and approaching every problem with the credo “just because we’ve always done things this way doesn’t mean it’s either right or smart for the future”. Sometimes the option that has the higher upfront cost will actually be the cheaper option in the long run.

Now there’s lots of studies out there that tell you the average spend for industry sector ‘X’ is Y% of gross revenues and is calculated by taking into account this type of expense but not that type of expense, and because these numbers are based on a study of so many thousand companies it represents a good benchmark.

Now all of that painstaking research, deliberate fact-finding and detailed analysis makes for a lot of interesting reading, but, at the end of it all, it’s only useful for providing the target that you want to beat.

I’ve spent a lot of years working in the tech industry, from back in the day when Novell ruled the networking roost, MS-DOS 5 was a real man’s operating system (no namby-pamby GUI’s back in those days), Lotus was the spreadsheet market and the biggest software company on the planet, WordPerfect 5.1 was the pinnacle of word processing technology, hard drives were measured in tens of Megabytes and RAM was measured in kilobytes. And, no, those weren’t the good old days; they were just the old days. Things have moved on.

If you look at where we are now, the only thing that is obvious, the only constant in this business, is the desire of an organisation to do more with less.

We’ll talk about businesses small and large. I’ll also be picking the brains of the many contacts I’ve made in the industry over many years, getting tips, tricks and stories about ways to save costs, improve performance and fix problems all aimed at reducing costs towards that magic 1%.

So climb aboard, no ticket required, and head down the road less travelled in search of 1% Spend. 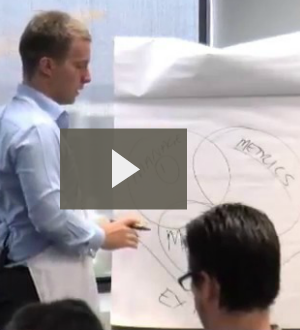