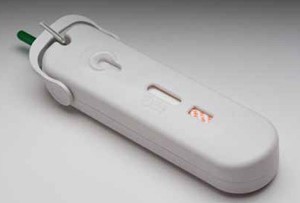 Two Australian engineers have forever changed the way blood is collected and tested with a world first, fully integrated rapid test device which they have designed and developed in Australia.

What is the AtomoRapid™? How was it developed?

AtomoRapid™ is the first device designed for blood based lateral flow applications. It was created by John Kelly, Founder and CEO of Atomo Diagnostics, after witnessing his two year old daughter‘s blood collection procedure resulting in multiple bruises.

There’s nothing like a parent’s love to inspire a world-changing idea!

Kelly teamed up with Richard Sokolov, Director of IDE Group, and the pair has created an innovative solution to the world-wide problem of fast, accurate blood testing away from the lab. It will be especially useful in countries with limited clinical facilities. The onsite and accurate AtomoRapid™ provides a revolution in health care, in particular, across Africa where initial testing typically occurs in the field.

“Although rapid test kits are very accurate when used in the lab, complexity and issues performing these procedures in the field results in errors. In Africa, clinical sensitivity can be around 90%, which means that one in ten people leave thinking their results are negative but are in fact positive,” said Kelly.

“They test millions of positive people a year in Africa, so that’s more than a million people potentially being misdiagnosed,” he explained.

“We just felt that if we could improve usability, and as a result in-field sensitivity, by even a couple of percent, we could make a significant impact in the lives of people and help lower the rate of transfer of this illness,” continued Kelly.

How is AtomoRapid™ different?

The conventional blood test kits require many separate items to perform a test. As a result, accuracy is often low and errors on the user’s part commonly result in misdiagnosis, which can be both inconveniencing and life threatening! Mr Kelly and Mr Sokolov approached the development of AtomoRapid™ from a perspective rarely used in the field of diagnostics.

“We focused on the users’ interaction with the product rather than the test inside. We looked at the handling of the device and potential sources of error which we then designed out, much like in the development of consumer goods. The diagnostic industry hadn’t embraced that concept yet and it turned out to be a novel approach that is getting us noticed,” said Kelly.

Kelly and Sokolov produced 10 different prototypes over a two year research and development period, overcoming major huddles in financial funding and resistance from the diagnostic industry until the final product was delivered and tested. It is now ready for international commercial use.

Where in the world will AtomoRapid™ be used?

The AtomoRapid™ has been developed specifically to be manufactured at low cost, so that it can be used in the poorest areas of Africa, which also happen to have the highest disease burden.

However, a European diagnostics company is currently evaluating the AtomoRapid™ platform for use with their rapid celiac test. Atomo Diagnostics is also in discussions with other European companies with regards to commercialising rapid allergy and anaemia tests.

AtomoRapid™ was designed specifically to support self-testing and these tests put the users’ healthcare in their own hands and allow for instant, accurate results. Gaining commercial interest from overseas partners allowed the platform to be solidified for conducting HIV/Aids and Malaria testing in Africa –  an issue close to their hearts and passion for making a difference. 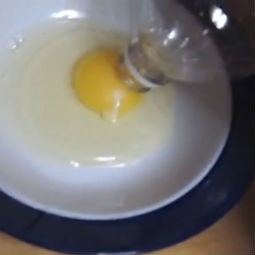