Investorist raises $2.5 million to spread its wings all over Asia Pacific and the UK and launch into the US -
Sunday, February 28, 2021 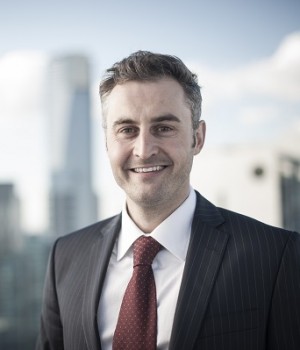 Australian online B2B off-the-plan property marketplace, Investorist has raised $2.5 million to increase its presence in Australia, Asia and the UK and launch into the US.

It currently has offices in Melbourne, Sydney, Brisbane, Shanghai, Beijing, London and a presence in Singapore and Malaysia.

The first A Class of capital raising follows the successful seed investment from the Salta Group in March 2014 when $1.7 million was invested.

Investorist is now impressively valued at over $20 million before its second birthday.

Getting lots of love from the industry

The latest funding comprised 20 individual investors many of whom are current users of the platform.

A number of these key investors have also joined Investorist’s Advisory Board such as Stuart Marburg, co-founder of Netspace, Paul Clarke CEO of ASX-listed Redflex and current chairman of Melbourne Water and director of the Victorian Water Industry Association and Benni Aroni a property lawyer and developer of Melbourne’s Eureka Tower and founder of Watersun Properties.

Other private investors comprise a who’s who of the Australian property and construction industry. Investorist provides residential property developers and real estate agents with real-time inventory management and access to global distribution networks and has steadily been cutting out its fair share of the B2B off-the-plan property industry.

“These sales are different to existing property sales; they are typically sold as investments, often cross-border and usually sourced for the consumer by an intermediary business or advisor,” he says.

“These sales occur prior to advertisements appearing in newspapers or consumer portals. Investorist is the only marketplace of its kind to use sophisticated technology to transform a traditionally paper and phone dominated industry.”

David Tarascio, CEO Investment Management at Salta Properties, an investor who has also joined the Investorist Advisory Board explained, “Having been involved in numerous developments I have experienced first hand the myriad of issues associated with traditional communication methods like email and excel spreadsheets. Double sales and miscommunication between parties are common and costly.”

“It took me 10 minutes in my first meeting with Investorist 18 months ago for me to realise this was something the industry was crying out for and I wanted to get involved. As the seed investor I have enjoyed seeing how it’s already streamlining everyday networking and relationship building across our industry,” he said.

What is the story behind Investorist?

Jon launched the site in mid-2013 at the age of 33 to provide residential property developers and real estate agents with real-time inventory management and access to global distribution networks.

Investorist evolved as Jon realised agents and developers were working in the same marketplace but all independently and how much more effective it would be if they would unite and create one platform.

The software can manage complex transactions from information exchange through to contract exchange and property settlement. Investorist’s members are the developers, project marketers and advisors who lead the off the plan property industry.

The platform now boasts 4,000 users. In June 2015, there were more than 20,000 unique searches generated on the platform. “Last month alone $500 million in property was transacted through the site, comprising around 1,000 sales,” Jon revealed.