Here's what every startup owner needs to learn from Prospa and Unlockd's failings -
Tuesday, January 28, 2020 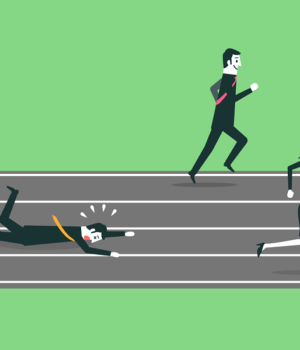 Two of Australia’s hottest startups were recently in the press for all of the wrong reasons.

Independent tech company Unlockd ‘fell from grace’ after losing their battle with Google. The app, which allows users to reduce their phone plans by viewing advertising, was accused of being in breach of their terms of use. Failure to clean up their act meant that Google removed the app from the Play Store (their only marketplace) and denied them access to its AdMob advertising server. Despite their efforts to recover, this proved a fatal blow and Unlockd entered voluntary administration, claiming they were left with ‘no choice’.

Elsewhere in FinTech, Westpac called time on their referral relationship with Sydney-based startup Prospa. The bank admitted their development of competing products was one of the reasons they ended the collaboration, which had been sending business Prospa’s way since 2015.

The news broke just days after Prospa abandoned their much-anticipated plans to list on the ASX with just 15 minutes to spare. A query on small business lending contract terms by corporate regulator, ASIC, was blamed for temporary, then indefinite, delay.

While there is likely more detail to come on both of these cases, the failures share a common theme. They both built a business model reliant on a single, external force which ultimately left them vulnerable.

As co-founder of a startup myself, I know only too well that versus the banks and tech giants out there, we are the underdogs. We have to be prepared for knocks, moving goal posts and potential sabotage. There’s a reason the majority of Australian startups fail in their first few years. The ‘burn bright, burn out’ pattern is all too familiar.

But there is the potential to use cases like this as cautionary tales and learn from their mistakes.

Work tirelessly to be self sufficient

You only have to look at the constant stream of updates from Facebook to realise that hinging the success of an entire business model on a single social platform is a risky move. Future updates, that could directly impact your business, are out of your control.

The same must be true for relying on a single lighthouse customer, supplier, or external recommendation. As an influencer marketing platform we had to consider this early on. Deciding against the gamble, we worked hard to diversify our offering beyond Instagram to future-proof our business plan.

Remember all businesses are created equal

Tech startups have the benefit of being able to scale quickly – but that absolutely does not grant them the right to automatic funding. They must work to be viable and solve the same same problems as any other business. Long term survival should inform all decisions.

Believe your own hype at your peril

A sense of humility is often the first casualty in a rapidly succeeding business. It’s easy to get excited and surround yourself with people that will congratulate you – but its a mistake to forget the fragility of a start up in its infancy. Complacency kills. Dream big, keep an eye on your goals, but make sure the other is trained steadily on potential risks coming your way. Oh, and perhaps don’t pick a fight with your biggest supplier.

Aaron Brooks is the Co-Founder of Vamp, a content and influencer marketing platform.