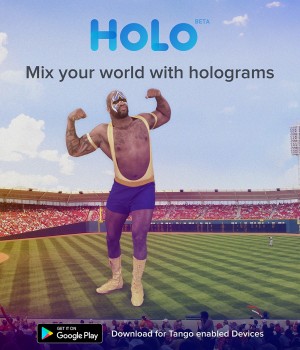 8i, a company that develops holographic technology for virtual and augmented reality, recently announced a US$27 million Series B round of funding to support the launch of its new mixed reality app Holo in 2017.

Founded in May 2014, 8i is based in Wellington, New Zealand, and Los Angeles. 8i’s mission is to enable the evolution of media and human communication by giving people the best way to connect with each other and express themselves through holograms.

Are you ready to live with holograms?

8i has introduced Holo, a consumer mobile app that gives people an easy way to create mixed reality content with holograms of their favorite celebrities, brands, and characters.

Holo lets users add holograms to their real-world environments and take videos and photos they can share with friends across their social channels and messaging apps. The app provides an innovative way for influencers across entertainment, music, and sports to reach and engage their audiences, and drive a new form of user generated content around their brand.

“As consumers are augmenting, mixing and creating new content on their smartphones on a massive scale, mobile presents an unparalleled opportunity for distribution of holograms,” said 8i CEO Steve Raymond.

“We’re thrilled to have the strategic expertise and backing of leaders in media, technology, and communications as we bring audiences new ways to create and engage with content. With this global round, we look forward to partnering with our investors from the US, China, Europe, and Australia as we bring our technology to consumers worldwide.”

“With VR and AR, we’re seeing the very beginning of a new generation of immersive media,” said Scott Levine of Time Warner Investments.

“8i makes holographic human content a reality in this new era with its breakthrough volumetric capture technology, while lowering the barrier for creators. We’re excited to back this world-class team as they continue to push the boundaries of data compression and depth acquisition, and bring holograms to the mainstream with Holo on smartphones.”

“We are excited to back the extraordinary team at 8i and help bring its superior holographic experience to mass audiences in China,” said Daisy Cai, managing partner at Baidu Ventures. “At Baidu, we envision a future where VR and AR can be applied in numerous industries that serve our more than one billion monthly active users.”

What has 8i been up to lately?

8i is testing an early beta version of Holo on the Lenovo Phab 2 Pro powered by Tango, an augmented reality technology from Google. As part of the beta, 8i is testing how users interact with the new technology and a limited selection of sample 3D holograms. The company plans to officially launch a new version of the app with content partners and programming later this year on Tango-enabled smartphones, and other mobile devices.

8i develops technology that provides an easy way to record, create and experience human holograms that look real and feel as if they were in the same room. Through its 8i Studios partner program, 8i enables human-driven VR and AR projects from third party creators. Partners record a human performance using an array of cameras through an approach called volumetric capture.

The company’s proprietary technology transforms the video into a photorealistic 3D hologram, which can be easily integrated into VR/AR experiences for any device using 8i’s plugin for Unity. 8i rolled out the program in April 2016, and has signed more than 100 partners to date.

“As we deliver on our long term vision of enabling the evolution of media and human communication, we’re inspired to help our partners bring their own vision to life,” said Raymond. “One of these projects is a groundbreaking virtual reality experience 8i created with Buzz Aldrin and our incredible partners at Time Inc. and Soylent, which we’re excited to premiere at the SXSW:Film festival in March.”

See 8i in action below 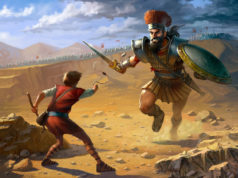