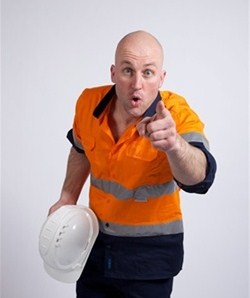 A new trend has developed where many companies that have been manufacturing in China for some time are moving their operations to other countries due to the rising cost of wages. It seems the likes of Bangladesh, Vietnam, Indonesia and Cambodia have become the ‘new Chinas’ for many companies.

The higher wage demands in China might make such a move seem enticing but Brett Birkill of Prime Mover Workwear, who has been manufacturing in China for ten years, warns that doing so may be a false economy.

His company produces the workwear in Suzhou and it is shipped via Shanghai.

Brett believes this current trend of moving production to cheaper wage countries could have some significant negative ramifications for businesses, and shared the following reasons with Anthill for his opinion.

China already has all the infrastructure you need

Don’t be quick to dismiss the value of the existing infrastructure in China.

There are enough factories, usable roads, and sufficient trucks to move goods around. The ports are experienced in clearing goods quickly, unlike the ports in some of the less developed countries. All this is infrastructure that has taken decades to establish.

China also has a good constant supply of electricity, which can’t be said for many of the ‘new Chinas’, and this will inevitably result in costly delays in production.

The savings you are chasing may actually turn out to be short lived.

Currently, unskilled workers in Vietnam are typically paid $100 to $150 a month, compared to $300 for their peers in China. However, with inflation rates high, it won’t be long before wages rise in Vietnam too.

In fact, in December 2013, the minimum monthly wage in Bangladesh was raised to $68; this was a 79 per cent increase. Yes you read that right: 79 per cent!

Of course improvements for factory workers are welcomed. I mean, no one wants to see a repeat of the Rana Plaza disaster. It won’t be long before the gap between wages paid in China and wages paid in these emerging markets is minimal.

Better the devil you know

It may be tempting to move labour intensive manufacturing to a country that charges half the amount in wages, but don’t discount the worth of a known supplier.

If you have been manufacturing in China for some time, chances are the existing manufacturers know your product like the back of their hand. You most likely have been through a process of getting your products right. Your current supplier understands your quality controls and timing requirements.

Can you afford to give this up? Teaching this to a new supplier will take time and energy.

Switching to a cheaper manufacturing country often means sacrificing a streamlined system, which can be costly in the long run.

More established workplace controls in China mean there’s less chance of inhumane conditions for workers. You don’t want an eight-year-old slaving away for well over ten hours a day to make your product.

I’m not saying that it is entirely impossible, but the chances of this happening in China right now are far less than in Cambodia or Bangladesh.

Stability of the government

How politically stable is the government of the country you plan to move to? Is a change in government likely in the near future? Will it impact on your business? What will it cost you to exit from a country in political turmoil? Is corruption going to be a factor you need to consider? All these are questions you need to consider.

All of these factors lead Brett Birkill to the conclusion that a move to a cheaper country is a mistake. “Sure you might save five per cent in manufacturing costs, but when you consider poor quality, difficult communication and management and lost sales, is it really cheaper?”

“Consider moving to smaller, regional areas of China like Suzhou. Wages there are not as high as they are in the larger ones like Shanghai,” he advised.