This is the third and concluding part of this series. (Part 1, Part 2)

When we last left Mr 1% Spend, he was asking some tough finance and tech accountability questions of bemused Sydney business manager “George” and his increasingly exasperated cohorts. Today, the story reaches its climax as the author questions whether spending $15,000 to upgrade Microsoft Office is the most intelligent use of company funds.

There we were sitting in the Board Room.

It felt a little like the Gunfight at the OK Corral — you could smell the hostility coming from the reseller and support guy. They wanted to know who I was and, more importantly, what I’d been telling George.

They occasionally throw questioning glances at the beanie, who by this stage was wondering why he’d bothered to wake up that morning. You see, just before we’d walked into the room, George tore him a new one and told him in no uncertain terms that from now on he’d have to report all technology costs, without exception, in a clear way so he could see what was being spent.

George started off the discussion by introducing me and then saying, “He’s here to act as an independent third party. I want him to hear what you have to say and to ask questions on behalf of my business.”

They nodded at me and George began. “I want to reduce my technology and telecommunications costs. How do I do that?”

The consultant piped up and said, “I think the first thing you need to do is upgrade your desktops. They’re getting too old and the cost to support them will soon be too high. They won’t run the latest version of Windows and they’re slowing down the staff.”

The reseller agreed and added, “You also need to consider that your costs are being inflated by the number of servers you’ve got. Maybe we could implement virtualisation software to let you upgrade your hardware and consolidate several servers into one device.”

Since George had been on the receiving end of the good news that his technology costs were twice what he thought they were, his attitude towards additional expenditure wasn’t the most accommodating. But, to be fair, if you want to follow along with the conventional wisdom, what they were suggesting wasn’t unreasonable.

George looked at me and asked, “So what do you think of that?”

“Firstly,” I said, “if you want to keep the status quo these are valid suggestions. If you want to radically reduce costs then this isn’t really going to help you get there. In fact, it’s going to add cost in the short term.”

Before George had a chance to say anything the contractor jumped in.

“Look, you need to keep equipment up to date. After three years you’ve depreciated it so it makes sense to refresh the equipment and you get all the new features of Windows 7 before you start getting more failures that’ll stop the business. Don’t forget that the latest version of Office works better with Windows 7 as well.”

I turned to George and asked, “What do your staff use their computers for?”

“Word processing, spreadsheets, some presentations, email and getting onto the internet.”

“And do they do any automation in their documents or spreadsheets?” I asked.

George shook his head. “No. Just some formulas in the spreadsheets, but no macros or anything like that.”

“So why do you need to use Microsoft Office? Sorry to say that unless your staff do something that you’re not aware of, it’s hard to justify the expense when there are other options in the marketplace.”

At that point I might as well have been a vampire walking into the Vatican.

The reseller piped up and said, “Can I ask what you’re basing your opinion on?”

“The following assumption: If you’re not in the technology business then you need to spend the least amount of money on technology because all it does is divert capital from your core business.”

“But technology is core to every business,” the reseller said. “Not spending money on technology is going to put you at a disadvantage to your competitors. Your argument doesn’t stand up.”

“Okay,” I said. “Based on the following requirement, tell me what the best solution is. I need a spreadsheet, word processor and presentation tool. I don’t do macros or scripting and I want to spend the least amount possible across my fifty desktops.”

“That’s simple,” the reseller said. “Microsoft Office, and we’ll get it for you under a volume licence which will save you a packet of cash.”

“That’s going to cost thousands. Why can’t I use OpenOffice?”

You could hear a pin drop.

Last post I relayed the story of what happened when I sat in the meeting with George’s tech guys and his badly beaten beanie right up to the point where I mentioned OpenOffice.

As soon as I mentioned OpenOffice they went silent and looked at me like I’d just relieved myself in the corner.

“Using OpenOffice is a huge mistake. No one uses it, you can’t get support for it and it doesn’t work with the latest version of Office,” said the Consultant.

I replied, “Okay, so let’s assume three hundred dollars a copy for MS Office on a volume agreement, for fifty copies the spend is fifteen thousand dollars.”

Everyone around the table nodded.

“Now since there are no other applications being used that interface with the Office suite and no one does any scripting or macros, can you give me a business case for spending the fifteen thousand on software rather than spending it on stock that I can sell for a profit?”

George leaned back in his chair and waited for an answer.

Now it felt like a scene from a Sergio Leone spaghetti western just before the gunfire starts.

The consultant turned to the reseller and said, “I think the best argument for that is productivity, don’t you agree?”

The reseller nodded and said, “The productivity gains from Microsoft Office are obvious. Since people use the software at home they know how to use it at work, this means they’re more productive and don’t need to learn how to use a new tool.”

I nodded and was about to ask a question when George piped up, “I can pay a trainer a couple of thousand dollars for a day of basic training and still be ahead by over ten thousand dollars in that scenario. What else do I get for the fifteen grand?”

“You get Outlook,” said the Consultant “you can’t use Exchange without it and it only comes with Office.”

George then asked, “What can I use instead of Exchange? As I remember it that cost me a fair pile of cash?”

George turned to his beanie and asked him how much his Microsoft backend had cost him including hardware. The beanie came back with a fistful of invoices that came to just over $30000 as the ‘soup to nuts’ price.

George looked at the incumbents and said, “So it was thirty grand for all of that and now you want me to upgrade my desktop hardware and spend another fifteen grand on word processors and spreadsheets for everyone, and, the reason I’m buying new hardware at the desktop is because there’s a new version of Windows that’s better than XP?”

The Reseller and Consultant each had pained expressions.

The conversation continued on in this vein for a while longer before George asked them to come back with options and we all left.

The point of this is that it isn’t a “one size fits all” world. Microsoft products are a good fit for certain organisations, just not for everyone. For someone like George, it wasn’t the best fit because he was looking to reduce non-core costs and Microsoft solutions can be very expensive.

In the end, George did move his business to OpenOffice, saving himself cash that he could use on buying stock. In fact, he gave each staff member a copy for use at home as well. The other day he called me to ask if I would be interested in running a project for him since he was planning on migrating his mail system from Exchange to KerioMail because the upfront and ongoing costs were much better for him and his business.

In short, challenge assumptions. It will save you money. 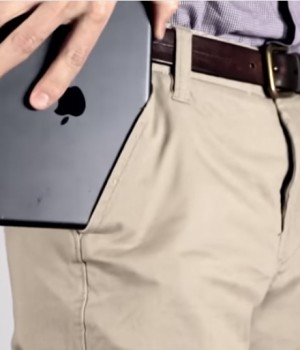 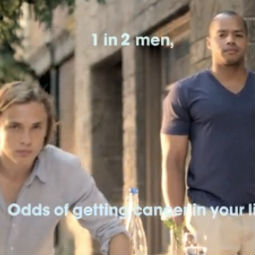