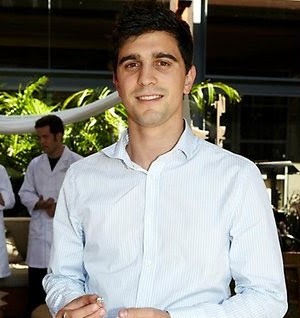 When he was in his teens, Nicholas Molnar became the biggest seller of jewellery on eBay Australia.

“I realised that if I wanted to grow, I needed to have an official business,” he recently told Anthill.

“After extensive investigation, I found the biggest online jewellers in North America and made contact. After meeting them at the Vegas Jewellery fair, I convinced them not to judge me by my age.”

Now, Nicholas has launched a new and notable startup of his own design.

“I have just launched another business called Afterpay,” Nicholas added.

“The idea was inspired by an obvious gap in the market. It gives online customers the ability to try the goods before they have to pay, coupled with the option to be able to spread their payments over a short period of time.”

Afterpay has just achieved $8 million in subscription agreements. And that’s just the latest in a long string of successes for Nicholas, who oversaw $1.6m of revenue out of his bedroom during university, and who now employs five people at Ice Online. Impressive, indeed, for a man of just 25.

Now, Anthill Online is proud to announce Nicholas and Simon Molnar, 2015 30under30 winners!

My super power is to see gaps in many markets and inventing businesses to fill these gaps.
Another super skill of mine is that I collect intelligent and capable people. I keep in contact with my connections and believe in scratching backs. You never know when you might need to call for advice.

USE THE TWEET BUTTON AT THE TOP OF THIS PAGE. YOUR TWEET WILL SAY: CONGRATULATIONS NICOLAS MOLNAR AND SIMON MOLNAR, 2015 ANTHILL 30UNDER30 WINNERS!