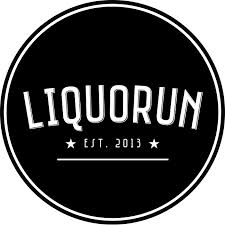 Just ask any anyone: kindly asking someone to please bring you another beer from the fridge is one thing. Asking them to run to the store and get it is a whole other matter.

But now, you guessed it, there’s an app for that.

Liquorun is an app that has a “bring me beer” button. At the press of the button, a dude on a scooter rolls up with a case of beer in tow – all within 30 minutes.

The idea for Liquorun grew out of a conversation between three athletes on their way home to Melbourne. The trio was organising a house party as they landed. They needed some beer, but the boys were at a loss for what bottle shop would be open.

And, then it happened.

Necessity, as they say, is the mother of invention. That night, the three founders of Liquorun, Joel Macdonald, James Strauss and Rohan Bail, all became brutally aware of three problems:

With these concerns in mind, the fellas recognised a gap in the alcohol market – an industry desperately in need of a delivery service.

The result of that fateful night is Liquorun, a service that is helping local independent bottle shop owners who are paying outrageous rents, expand their delivery reach, maximise their operating hours while keeping the community safe by minimising people risking drink driving and walking the streets late at night looking for a bottle shop open.

From Melbourne with love…

Liquorun’s first delivery offering is confined to a 5km radius around the Railway Hotel in Windsor. There are plans to expand the delivery range with the help of more bottle shops to cover all of inner Melbourne and then into Sydney, early next year.