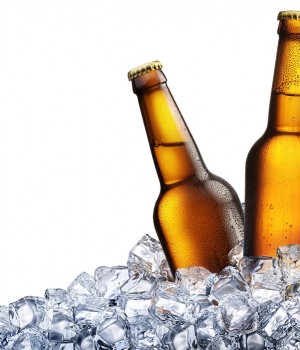 So you love a good beer?

Well, so does Leimin Duong.

In fact, this young entrepreneur loves beer so much she quit her corporate job for it.

Since she was a young adult, Duong has had a love of beer and after reading a travel article that mentioned strawberry beer, she made an executive decision to follow her gut and quit her corporate office job.

It took her only 12 months from first starting the project and learning how to brew beer to bottling her first commercial batch of Zeven Lemon Beer.

Never brewed beer? Ain’t no obstacle for a true entrepreneur

An unlikely beer enthusiast, Duong saw an opportunity to create beers to appeal to an audience beyond the traditional target beer market and set out to create one suitable for the Australian market.

“I was very surprised at the idea of a strawberry beer and thought it would be something a lot of other people would be interested in trying too,” says Duong.

With no previous experience in brewing, Duong taught herself to brew and begun experimenting by blending fruit into beer. To quickly get up to speed, she by-passed home brewing in favour of studying the technique from textbooks and websites, and observing the commercial brewing process.

Months of 100-hour work weeks later, Leimin personally developed the base beer and the final recipe by studying ingredients and drawing on her knowledge of food and flavours. She also taught herself about designing, packaging and graphics to give her vision that additional reality boost.

How about a lemon strawberry blonde?

To best showcase the crisp and refreshing appeal of beer, Zeven Lemon Strawberry Blonde is deliberately limited in both sweetness and in fruit flavour. Duong uses only juice extracted from 100% fruit, and her beers lightly flavoured (so you can actually taste beer).

“Beer is art vs science. Beer guidelines, tax rules and laws of chemistry set the limits while the variables gives the brewer creative license. As I didn’t have a set reference point for how a strawberry beer is meant to precisely taste, this gave me the freedom to set how I think a good strawberry beer could taste if such a thing existed,” say Duong.

Despite the difficulties of starting up her own business with no prior knowledge of the trade, Duong is focused on keeping things in perspective.

“There are some things that rank much higher in importance than growing your bottom line. It’s about the beer, the beer experience and its ability to bring people from different walks of life together. I listen to both supporters and naysayers for insightful constructive criticism but I am ultimately my own biggest critic,” she said.

Zeven Lemon’s Strawberry Blonde beer has been on the market now for over a year and has distributors in NSW, QLD, VIC and ACT with plans to expand nationally.

Fruit beer converts, watch out as Duong intends to bring out other fruit flavoured beers within the next year.