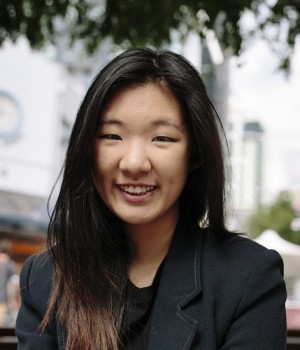 These grants are offered to people who have a talent or a passion for something that will ultimately benefit Australia, according to AMP, which received over 3,000 entries for this year’s competition.

Austern’s first internship program was held in June and July this year, and introduced 38 students to businesses in China. Wu described it as hugely successful and revealed to Anthill that they are recruiting a fresh round of students for internships in Shenyang in January 2015.

This success has been incubated at UNSW

Austern has previously been recognised in UNSW’s Young Entrepreneurs project.

This support has included mentoring, legal advice and very valuable introductions, including to the Shenzhen Economic & Trade Representative Office (SETRO), which hosted Wu in August for meetings with potential partners, clients and investors.

“Entrepreneurs, on average, only find success on their third or fourth start-up,” Flannery pointed out. “We are doing our best to give UNSW students amazing support at an earlier stage of life when they are on their first or second attempt at a start-up, giving them a significant competitive advantage.”

Below are more details Wu shared when she spoke to Anthill about her start-up.

What inspired you to start Austern International?

I started Austern International after quitting my cadetship job at an accounting firm, having worked there full time for a year. I realised that whilst it wasn’t for me, many of my friends were desperate for an internship and many asked if they could replace me in my position.

As I had previously started straight out of high school, I didn’t think it was that much of a big deal but as time progressed into penultimate year, people were getting desperate.

At the same time, I noticed a big trend focusing on the Asian market and many Australian firms, as well as those from other countries, were trying to capitalise on that market by trying to target the South East Asian zones.

However, being an Australian born Chinese, I also noticed that there was a chasm between Westerners and Chinese doing business. The language, the culture and etiquette was so vastly different that it resulted in many unnecessary communication and trust breakdowns.

So I started Austern International to provide university students the edge and the skill set to bridge the gap between the Western and Chinese business world by offering one month of combined language, culture and combined work experience where they are able to integrate themselves in the Chinese working environment.

This in turn would broaden the student’s international mindset and the skills they acquire would be a huge asset to any company wanting to expand into the Asian market.

With a huge demand from students as well as expanding our vision to more than one group per round – to having several groups spanning a few months with students from different countries going to different cities in China at the same time – we need a system in place.

We are currently doing everything manually with my colleagues and I inputting all the data in one by one. We will use a portion of this $10,000 grant to automate our internal system.

We will also do specialised, targeted marketing as well as hiring promoters from major universities around Australia. This will enable to reach more students and make our brand recognisable among university students.

Lastly a portion of the money will be used to pay employees to work more on a full-time basis and focus more of their energy on Austern.

What next for Austern International?

Our short term goals include bringing UK students by the end of 2014/beginning of 2015 to our July/August 2015 programs in Shenyang or Shenzhen. We also hope to open up to more cities such as Beijing and Guangzhou starting early 2016.

Our long term goals include expanding to other Asian countries such as Japan and Korea.

We hope through our company, we are able to be a stepping stone to bringing the world closer together through cultural understanding and harmony and the breaking down of barriers between the East and the West.