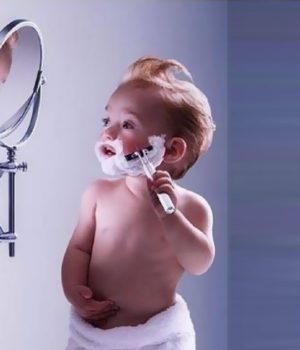 It is not something that you would expect anyone to say about a startup – but sometimes you need to slow things down. When a startup’s growth outstrips the company’s core values and culture, it is time to step back and let the business adjust.

That is a lesson I have observed through my role heading up the APAC division of web server and application delivery organisation NGINX, when the company’s growth curve necessitated a fifty-percent jump in employees over just three months.

As an Australian ex-pat who has held executive roles at some of the world’s biggest technology companies, it was a fascinating experience to watch and learn how a fast-moving startup dealt with fast growth, team culture and success.

“Each time you double the size of a company, you break it,” stated our CEO at the time Gus Robertson, another ex-Aussie achieving big things in Silicon Valley.

NGINX the company grew out of NGINX the software, a very popular open-source platform that is used by over 400 million websites globally. The company came to being in 2011, as a means of providing support and extended services to the already-huge user base for NGINX.  The company engaged on a fast and successful program of growth, once executive roles had been appointed.

As of June 2019, the company was officially acquired by networking giant F5, for US$670 million. From a small team of developers with a big vision, the company had grown exceptionally fast and become a serious heavyweight in the web delivery space.

However, with success comes the usual number of hurdles

There was a time, early in NGINX’s development, where the core team in the US grew from 100 to 150 people within just a three-month period.

It was palpable how the culture suddenly broke. People started walking around the office and seeing faces they didn’t know; they didn’t know each other’s roles. The vibe of the company changed..

To counter this effect, we put a hold on new recruitment for nearly another three months, in order for employees, new and old, to get acquainted with one another, and have the chance to bond and integrate. Perhaps more importantly, it gave newer employees a chance to understand and buy into the existing culture.

Ultimately, a leaders role is to listen, and understand what employees are thinking and feeling. This is perhaps especially important for a young company, when it is still finding its sense of identity. To have a thriving profit margin is one thing, but if employees do not enjoy their work, if the culture is not conducive to a harmonious and positive environment, then that productivity is likely to falter.

Good employees will drift away, perhaps taking years of vital, formative experience with them. It is therefore critical for the leadership team to ensure that corporate culture is positive,  and that the company – no matter how young it might be – is built around a strong ethos and a positive sense of identity.

The trick is to build a culture that people love

Build a culture that attracts the right sort of talent. Everything in a company starts with building a good culture, and then the strategy, and then the execution. No matter how good your business strategy is, if the aggregate behaviours that define your workplace culture are negative, it doesn’t matter. As a startup, NGINX has gone through this a number of times.

A leader needs to have a finger on the pulse of the company. The importance of taking the time to sit with employees and ask how they’re doing cannot be overstated.

”I  often do it informally. Rather than setting up a meeting, I walk up to people’s desks. I chat with them in the kitchen. I go out for a walk or a coffee with them. If you just ask a couple of open-ended questions, shut up, and listen to someone talk, it’s amazing what they’ll tell you about how their job is going, what they’re excited about, or what concerns them about the company.”

Listening to employees speak about their role and the company in general will help define and nurture the culture that it is trying to create, and it is something which should never stop happening. Letting employees know that they are listened to, and that their opinions have a genuine bearing on how the company operates, will create an environment where they feel valued, and one in which they feel like an intrinsic part of the culture – rather than just feeling like they are required to buy into a predefined culture.

“CEOs or incoming leaders will often do it when they first join a company, but a leader should never stop. You should constantly be checking in with all the different parts of your company and just talking to people and listening. It’s a genuine means of nurturing that culture around the organisation, and showing employees the kind of company you’re running,” Robertson continues.

As the leader of a startup, it is important to place trust in the staff you have hired, particularly those employed to management roles. This can be particularly hard for a leader who has literally grown up with the company, since the early days of a start-up are so ‘hands-on’. It can be hard to let go of certain responsibilities and hand them over to others, but it is equally necessary to let those people know that you trust their judgement and control.

As a company grows, there will be more tasks that the leaders must relinquish to others, and the roles of existing management will become ever more complex. The company needs to adjust to this carefully and again, be cognisant of the company culture at all times.

Ultimately, every young company wants to grow, and fast growth means that the team and their leader are doing a good job. However, maintaining that growth relies on a happy, industrious team who have bought into the corporate culture of the startup, so it is vitally important to stay in touch with them both as individuals and as part of the ‘hive mind’, otherwise the company is likely to falter.

Norbert Kiss is the Head of Asia-Pacific at NGINX. 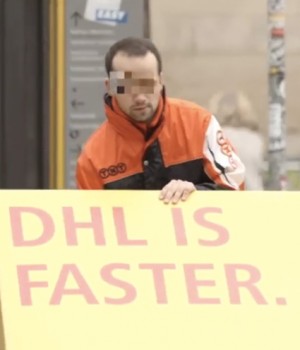