How to crunch information exponentially without your head exploding -
Thursday, June 17, 2021

I have a crush on Ray Kurzweil’s brain. He was just one of an impressive lineup of speakers at Creative Innovation 2011, but he was the main reason I was there.

Kurzweil, described by the Wall Street Journal as “the restless genius” and by Forbes as “the ultimate thinking machine,” has 19 honorary doctorates! I am yet to earn even one, but I’m OK with that. After watching and listening to the melodies of this man’s brain, I feel heartened that the only thing separating his brain from mine is the ability to think exponentially — and that is something I can work on.

CI 2011 focused on “the challenges and opportunities of a super-connected world”. It promised to address this theme “at the personal, organisational and global level across the major sectors of business, industry, community and government.” It was a think-fest on a super-impressive scale, limited only by our collective consciousness, imagination and ability to “invent” the future.

But if technology is increasing on an exponential scale and we humans think on a linear scale, are these limitations insurmountable? If we are limited in our ability to see the future as what it could be, does that limit the actions we take today?

After three days of intense grey matter massaging, I walked away wondering how I might possibly learn to think on an exponential level without exploding my brain.

How to process information exponentially without your head exploding, in five easy lessons

Understand why you need to think exponentially in the first place

We are in the midst of a rapidly expanding technological world, encompassing everything we know or have known. Kurzweil’s “law of accelerating returns” says when exponential growth reaches a threshold, it becomes transformative. His “brain exploding” singularity theory is based on the prediction that by 2029 we will have reverse-engineered the brain and as this technology becomes transformative, artificial intelligence and human intelligence will merge. My brain is tingling just thinking about it.

Keeping up with the future, therefore, becomes the biggest challenge. As with genetics, it’s what you turn off that is most important. I’ve experienced this first-hand. When I had one of my wisdom teeth extracted, it was discovered that my bottom wisdom teeth never formed. Evolution decided I no longer need these teeth as my meat is now filleted and served medium-rare, not gnawed from a bone like my cave dwelling ancestors. Does that make me one step ahead of evolution? Probably.

Going in half-cocked and trying to think exponentially without understanding why you need to do so can have a detrimental, brain-exploding effect. Appreciate where we have come from and contemplate the accelerating growth of technology, wisdom (and wisdom teeth) and evolution. Once you feel your mind stretching to this higher level, you are ready to start thinking exponentially.

There’s no point in allowing every speaker to completely influence your point of view. That would mean absorbing every bit of detail, which is counter-productive. Technology entrepreneur, Young Australian of the Year and perennial over-achiever Tan Le wonders if it ever really pays to be an expert, because you miss the disruptive innovation happening on the periphery.

I agree. See? It’s easy to have an opinion.

Having an opinion allows you to focus only on the meaningful points and to think ahead, cutting through the meaningless noise in your brain that is merely fodder for the inevitable explosion.

Dr. Rufus Black proposed we are on an “unsustainable trajectory” and presented his research into how we can avoid being the “last generation.” As I watched his presentation, I couldn’t help but think about a bestselling book from the 1970s called “The Limits to Growth” that proposed something similar. Unfortunately for the book’s authors, they were forced to publish a sequel in the 1990s titled “Beyond the Limits.”

Is the “unsustainable trajectory” Dr. Black proposes equally limited by the linear thought processes undertaken in the 1970s? Does it take into account the exponential growth in technology, such as the brain-trembling work presented by Tan Le immediately prior to Dr. Black’s presentation? It probably is, but it does provide a basis for debate, which is always positive.

The key thing here is not whether Dr. Black is right or wrong. By having an opinion, my brain remained intact. Tick.

Is it possible to remember every speaker at CI2011 and what they said? Taking down a few key points will help, but to think exponentially you need to build on each thought, memory and opinion, not merely place them side-by-side.

To do this effectively, it’s best to take a “4-D mental photograph” of what went on. Remember the key bits of what they said but also capture what they were wearing, their accent, facial hair, time of day, the smell in the air, the sounds in the background.

Melding a full-sensory, 3-D experience with your brain creates a “4-D photographic image” of this moment. Remember this image, attach the key point, learning or opinion, bookmark it and build on it later.

Note: I made up the term “4-D photographic image” after experiencing the wisdom oozing from the brains of Daniel Dennett, Tan Le, James Moody, Stephen Heppell and Brendan Boyle. Pip Marlow (MD Microsoft Australia) added colour to this 4-D image with the phrase “technologically agnostic;” prior to her talk, my 4-D photograph was being created on a Mac.

Buy a book you may never read

A room full of books you’ve read is a waste of space. Somebody told me this once. I can’t remember who, as I was yet to develop the full 4-D mental photographic skill-set.

Surround yourself with unread books, then all you need to do is remember why you bought them in the first place. You’ll probably read them one day; maybe you read multiple books at a time, never finishing any. That’s OK. You remember why you bought them and what you were hoping to learn from them and that’s enough for now. Sit back on your chaise lounge with a pipe and feel satisfied you took the first step.

I bought Prof. Daniel Dennett’s book “Darwin’s Dangerous Idea” after watching him speak. Sure, it’s 521 pages long and printed in what must be 8-point type, and after reading the preface I needed a big glass of water and a short nap. But I will remember why I bought it and now if I can just develop the ability to read exponentially …

If you are 1% of the way there, you are only seven doublings from being complete

When Ray Kurzweil was working on the human genome project, he was asked, seven years into a proposed 15-year project, how far they had come. He replied that they were 1% of the way there. Being linear thinkers, the media (who it can be assumed were almost entirely human) extrapolated that the project would therefore take 700 years, validating many people’s assumptions. But Kurzweil pointed out that at 1%, they were only seven doublings away from 100% and they were therefore nearly complete. The human genome was mapped seven years later, one year ahead of schedule.

Kurzweil’s brain works on a logarithmic scale, not a linear one. This gap between linear and exponential thinking is the greatest challenge to us humans as we invent our future. Discovering how we can transfer our thinking onto this scale also is the biggest threat to the very fabric of our brains. We should always strive to reach 1% completion. Ask yourself, “Am I 1% of the way there?” If you are, that clever idea your brain has been building on gradually for years could be nearing the point of transformation and is only seven doublings away from completion.

The speed by which we communicate in this super-connected world is increasing exponentially. Our world is no longer limited by humankind’s ability to build machines, we now have machines building machines, and this growth is limitless. As our collective consciousness expands to fill the space created, there is a chance that if you don’t keep up, your head may actually explode. It’s too hard to tell for sure at this stage.

Ben Flavel (MEI) is an entrepreneur and innovation consultant who assists corporate, SME and fast-growth companies through innovation creation and evaluation, culture development and strategic renewal. If your business is looking to frame the ideas that will influence your future, Ben can be contacted on 0417 323 809 or [email protected] 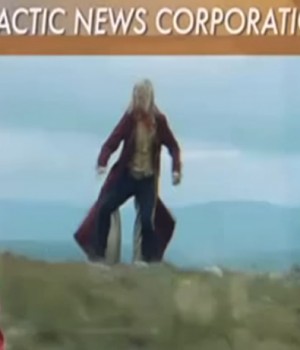 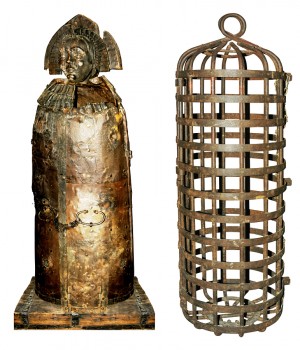 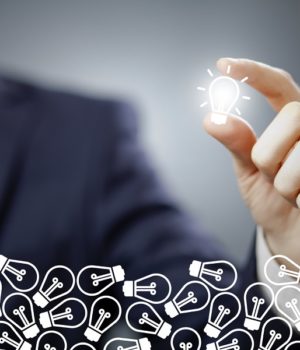