How one new daily deal sports site is catching on in Australia - Anthill Online
Tuesday, May 11, 2021 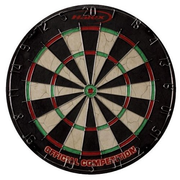 The motivation behind Australian daily deal website Sports Grab is so simple, even obvious: “Australians love all things sport, right?”

That bit of common knowledge was just inspirational enough to prompt two Melbourne entrepreneurs to start the discount sporting goods site in August 2011.

The recently rebranded site (which was previously called Sport Steals – good idea on the change, guys), was first to market in the online sporting daily deals niche.

The company boasts a rapidly growing subscriber base of over 50,000, along with a combined social media reach of over 200,000. Sports Grab received a welcomed boost in seed investment in February 2012, demonstrating a seven-figure valuation within less than six-months of launching.

You see, Sports Grab is keenly aware of the fact that Aussies are sports fanatics, with over 11 million of the country’s people regularly participate in sports in one form or another.

Sports Grab founders started the service with the simple goal in mind of bringing great values to those sport’s fans on a daily basis. Seizing upon an opening in the market for a sports-focused daily deal outlet, Sports Grabs serves up discounts of up to 80% off of some of the biggest names in the sports merchandise like Nike, Adidas, Brooks, Puma, ISC, BSC, and Kooga, among others. The website’s selection covers apparel, footwear, equipment, and supplements.

Founder Jonathan Weinstock explains, “Online retailis growing, Australians love sport and so do we. We identified that Australian sporting bricks and mortar retailers have been overcharging consumers for far too long”.

You’ll have to be quick to take advantage of the deals, because offers on Sports Grab typically only run for less than three days, and supplies are limited.

Company Co-founder, Nathan Rothschild highlights that “Sports Grab has a unique competitive edge in being able to build a highly engaged, sporting community through direct marketing channels both online and offline where sporting eyeballs go. We have already appeared on TAC Cup Future Stars on Channel 9 across Victoria, as well as the All Night Appetite sports radio program broadcast nightly on SEN 1116, in addition to the regional drive time sports radio program Sports Day, in a partnership with Croc Media.”

So what does Sports Grab have to offer? A look at the recent deals from the site shows a selection of tights, windbreakers, football boots, sandals, and rugby balls. Personally, I’m just sad that I missed out on these tights. Really bummed – but I digress.

Weinstock adds, “Our focus from day one has been on ensuring a great customer experience through the ability to secure great deals, extraordinary savings, fast delivery times and, a strong human element in providing responsive telephone support for customers.”

With a spate of recent acquisitions in the daily deals and, flash sales market with a growing interest in the products sector rather than services, it looks like there is a clear grab for market share. Niche company’s may be next on the radar for the major players. With the success of sites like Sports Grab, it looks like the sports niche, at the very least, is ready for the big league.