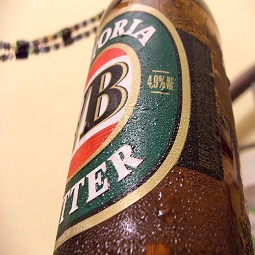 Today I observed the kind of panic one usually reserves for major events such as the mining tax, caffeine shortages, and One Direction tours.

The usually-unflappable 50-somethings who control my office had seemingly caught wind of a “landmark” Facebook ruling concerning the use of the social networking site for advertising.

They were a little vague on the details, but, as they are suspicious of any technology invented after 1986; they seemed to think this ruling meant the end of Facebook as we knew it.

As ‘The Social Media Girl’ in my office, I was inundated with questions along the lines of “Should we pull our Facebook page down now?” and “Are we all going to die?”.

In fact, no social media pages were harmed in the making of the AASB’s ruling, and here are five reasons why y’all can stop panicking right now.

For those who don’t know (which is pretty much everyone), the Australian Advertising Standards Bureau (AASB) recently made a ruling regarding user-generated content on social media. This was after it was discovered that the Facebook page for Victoria Bitter beer featured “sexism, racism, irresponsible drinking, obscene language and material that linked alcohol consumption with sexual or social prowess”.  Apparently swearing at the TV and asking girls to “show some skin” is ok when you’re drinking VB, but not if you’re posting about VB, obviously.

The ruling against VB was not made in the High Court or by a Royal Commission, but by the lowly Australian Advertising Standards Bureau. The AASB was specifically considering whether social media is considered ‘advertising’, and whether this ‘advertising’ breached the Advertiser Code of Ethics.

Their ruling doesn’t mean that obscene comments posted on Facebook are “illegal” (although they can be), it only means that brands have some form of responsibility if they are using their Facebook page for advertising.

So whilst the AASB can investigate you, and maybe write you a very strongly worded letter, they don’t really have the authority to send you to prison.

Phew, cause there’s no beer there.

Even though VB was found to be in breach of several sections of the advertising standards code, it were not punished in any way.

Meanwhile, offensive people everywhere were drinking, and posting on Facebook about, VB.  So, it seems like a worthwhile gamble by VB to push the boundaries of what is ethical advertising, especially when the company wasn’t punished when it did step over the line.

The verdict only covers what is ‘reasonable’

The verdict by the AASB makes a big effort to be ‘reasonable’ when dealing with social media, and seemed to understand that even an organisation as big as VB couldn’t stop people from posting the occasional faux pas.

However, the verdict did point out that VB had a “reasonable” degree of control over its page and therefore should monitor and remove offensive content within a “reasonable timeframe”.  The government does place a lot of demands on business, but so long as you can prove you were being ‘reasonable’, you and your Facebook page won’t get on the wrong side of the AASB.

You’re probably not an alcohol company

As much as I encourage young entrepreneurs to bootleg homebrew in their spare time, chances are you’re probably not running your own alcohol brand.

Obviously if you are selling alcohol, you have some pretty special rules that apply to you, which is why we have the Alcohol Beverages Advertising Code (ABAC).

The AASB considered this code in their ruling, and that code is pretty much alcohol-specific.  So, if your Facebook page doesn’t tell children to chug VB and generally deals in non-alcohol related products, the AASB ruling doesn’t technically apply to you.

Whilst VB technically can’t control its Facebook-posting minions, it can be a bit smart about what the company posts.  In this case, the offensive comments in question were posted “in reply to questions posed by the advertiser”.  Basically, VB was encouraging people to write inappropriate content, and then not monitoring the responses.  In the world of Facebook, that’s equivalent to starting a fire and then running away.

In summary Anthillians: enjoy Facebook responsibly. And don’t post low-brow comments with a tinny of Vitamin B in your hands, okay?