If copycat competitors are badges of honour for entrepreneurs, Campbell King had won three of them within the first six months of operation with his startup, Kegs on Legs.

King co-founded the company with Valjean Boynton while both were studying Bachelor of Entrepreneurship at RMIT University. The idea that sprung out of a first year assignment was initially intended to service the needs of family and friends who wanted beer and party supplies delivered and set up in their homes or businesses.

But soon the duo realised that the demand for such services extended far beyond their personal circle, and quickly built their business to provide an entire range of kegs, beer, cups and chilling equipment hire with free delivery and after-party pick-up. Later, it was also expanded to hire out professional bar staff and security guards.

“I see opportunity everywhere and in everyone,” says King. “Each of these opportunities is the chance to learn something new so that I can build bigger and better businesses.”

After winning the top prize in the 2006 RMIT Business Plan Competition, King and his business partner grew the company to $250,000 turnover before selling it to an Australian boutique event services company, The Gingerbread Group.

Over those four years, King also won six other awards (including the international Queen’s Entrepreneurs’ Competition), appeared on TV twice and sold approximately 2,000 kegs of beer!

Since selling off his company, King has moved into a professional role in an entrepreneurial organisation, KordaMentha, specialising in corporate recovery and turnaround. But the idea of starting another business in the future has never slipped his mind.

When asked why he should be featured in this year’s 30under30, King says, “My attitude is that all entrepreneurial activities are learning experiences and I think that this is an important message that I can help deliver in participating in the 30under30.”

ENTREPRENEURSHIP ACCORDING TO CAMPBELL:

What has been your biggest commercial setback?

“This question scares me a little because I can say that I haven’t really had any major setbacks. It scares me because I know that one day I will and hope that I will rise to the challenge. There have been many bumps in the road like getting ripped off and doubting myself.”

Tian Yang is the founding member and vice president of Student Entrepreneurs | Agents of Change, an organisation dedicated to creating and cultivating entrepreneurship communities in Australian universities. He is also the sponsorship and partnership manager of the second annual Entrepreneurs Week 2009. Tian is currently completing his Bachelor of Commerce/Media & Communication degree at the University of Melbourne. 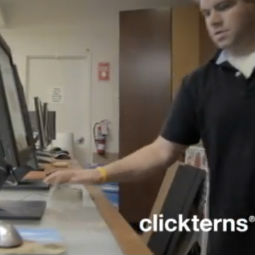